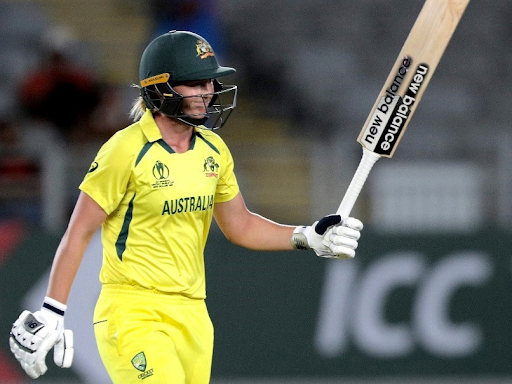 Meg Lanning celebrates after bringing up her half-century against India

The Runner-ups from the last ICC Women’s World Cup were up against the challenge of the unbeaten titans in Australia in the match number of eighteen of the tournament.

India was up against Australia in their rematch from the World Cup 2017 semifinals. Australia won the toss and invited India to have a go with the bat first. The Women in Blues had a slow start to the innings as they lost both Smriti Mandhana and Shafali Verma early in the contest as Darcie Brown picked both the wickets within the first six overs to put India at 28/2.

Yastika Bhatia and skipper Mithali Raj put up a big 130 runs partnership for the 3rd wicket as the duo scored 59 and 68 runs respectively to help India get past 150 runs on the board. Darcie broke the partnership in the 32nd over as she sent Yastika back to the pavilion courtesy of a good catch from Perry. Raj wasn’t able to stay in the middle for much longer after the wicket and was sent packing in the 38th over by Alana King.

Richa Ghosh and Sneh Rana were the next in line and couldn’t contribute much with the bat as the duo lost their wickets heading into the death overs to put India in a precarious position. 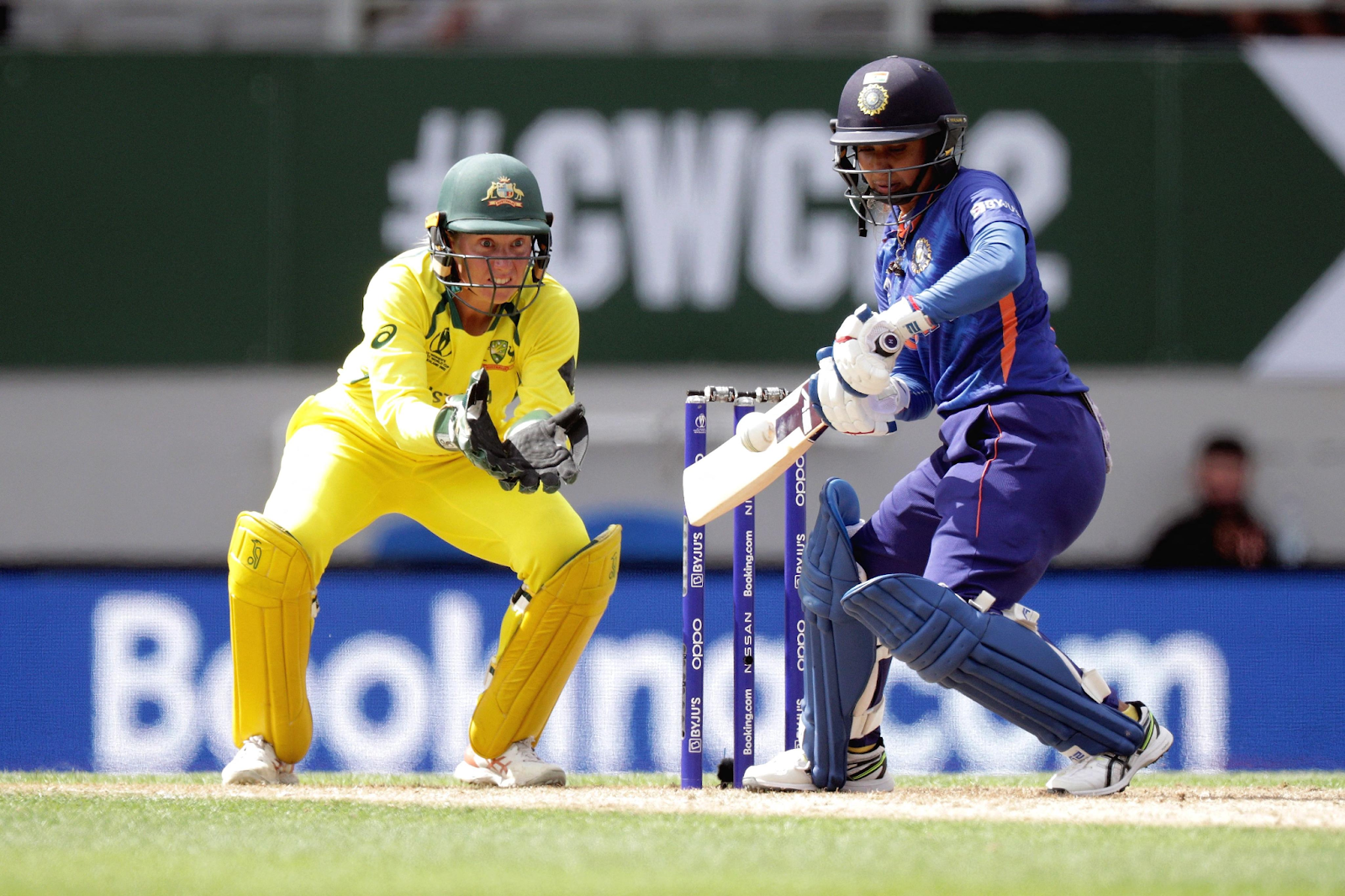 Australia had a flying start to the chase as their opening partnership worked wonders with Rachel Haynes and Alyssa Healey accumulating 121 runs for the first wicket. Sneh Rana provided India with the breakthrough as she was able to get Healey:s wicket in the 20th over.

Rachel Haynes lost her wicket just two runs later as India found their opportunity to make a comeback into the game. Australia however gave their opponents no chance to get their way back as Lanning alongside Ellyse Perry put up a 102 runs partnership taking the game away from India.

India tried to make a comeback in the game with the wicket of Perry on 226, but Lanning alongside Beth Mooney put Australia on the doorsteps to victory. Lanning lost her wicket just three runs before her hundred as she handed an easy catch to Vastrakar. With eight runs needed in the last over, Mooney finished the game off in style with ten runs off the first three balls awarding the 6 wickets win to Australia.

Meg Lanning was awarded the Player of the Match for her brilliant knock of 97 runs that helped Australia win their fifth fixture in a row.

The Australian skipper was delighted with the outcome of the match and had this to say,

“Personally it was nice to contribute, it was disappointing the last couple of games. The training yesterday helped me realize how I want to play today. It was a belter of a wicket and the strategy was simple – to play as straight as possible. She is very calm and keeps everything under control, it was nice to have someone alongside who was experienced enough to know what to do. I just had to trust my hands a bit and go through. It was nice to see it come off.”