Another heart-break for Ireland as they lose the T20I saga against Kiwis: Player Ratings from Ireland’s T20I defeat against New Zealand  

New Zealand once again marched victoriously against the Irish Wolves after taking the T20I series home in a 3-0 one-sided saga. The home team couldn’t even open their win account and remained winless in the entire limited-overs campaign.  Hence let’s take a look at the player ratings and detailed performances report of Team Ireland from this series.

Paul Stirling: Stirling finished the ODI campaign on a great individual note however he failed to sustain the momentum in the shortest format series. After getting out on small totals in the first two fixtures, the Irish volcano finally exploded in the final T20I. The veteran opener played a volant inning of 40 runs off 29 balls and gave a robust base to the Irish innings in order to put a competitive total.

Andrew Balbirnie: A series of failures for the Irish skipper as he once again failed to perform up to the expectations and added another failure to tenure. Neither with the bat nor with his captaincy skills, the veteran could not turn the game towards the Irish side and suffer through a forgettable campaign. Balbirnie could fetch a minimal tally of only 32 runs from the three appearances and that too with a misfiring strike rate of 94.12.

Gareth Delany: The 25-year-old stylish batter was initially handed over the responsibility to bat at number three after his promising display in his only appearances in the ODI series. Although the Dublin youngster failed to capitalise on the opportunity and could score only seven runs from the three innings. After his Golden Duck in the second T20I, Delany was demoted down the order as the wicket-keeper Lorcan Tucker replaced him at number three. 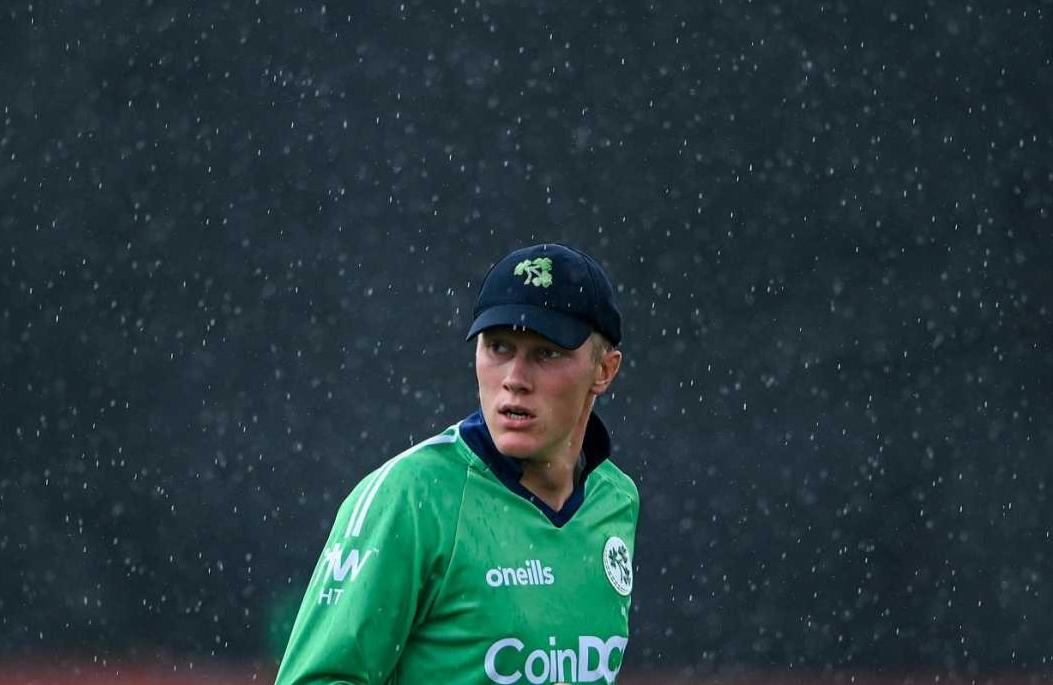 A rear failure for the Irish batting sensation

Harry Tector: The 22-year-old batting sensation was having a form of his life however, this T20I campaign against New Zealand brought him back to the ground. Tector was the highest scorer of Ireland in the T20I campaign against India and the earlier ODI series against New Zealand but this three-game T20I saga put a brake on his consistency. Surprisingly, Tector did not even make it to the list of the Top 10 highest run-scorers of the series.

Ireland needed the services of Harry Tector most during the first two fixtures but he couldn’t step up and got dismissed on 5 & 2 in those innings. He finally crossed an individual double-digit mark in the dead-rubber fixture but couldn’t take his innings further 23 and became a victim of Jacob Duffy. The highest run-getter of the ODI series set the individual bars too high but couldn’t live up to that by scoring only 30 runs from the three innings.

Lorcan Tucker: The Irish wicket-keeper was consistent with scoring runs but unfortunately, he lost his consistency in the shortest format. Despite his consecutive failures in the first two fixtures, Tucker received a surprising promotion to the number three position in the final T20I. He scored a quickfire 28 runs while batting at three and also had a 46-run partnership with Paul Stirling for the second wicket.

George Dockrell: The star Irish all-rounder did not bowl a single over in the ODI series but turned up with the ball in the shortest format and proved his worthiness in the national team.

Dockrell picked two wickets from the bowled nine overs and also fetched 25 runs with the bat. Much to the joy of Irish fans, the veteran had a greater impact with the ball by trapping the big fishes Martin Guptill and James Neesham in his spinning web.

Curtis Campher: Campher had a great kick-off to the T20I campaign from an individual aspect as displayed a fine all-round performance in that game. He was the highest scorer of the Irish innings in that game with a 29-run stand and also dismissed Daryl Mitchell which stood as his only wicket in the series. Then he went on to score a run-a-ball 14 and a 19-run cameo with a strike rate of 237.50 in the following games.

Mark Adair: Adair who was primarily considered a bowler before this series has transformed himself into a hard-hitting all-rounder who is capable of smacking an elite bowling attack. Ireland does not have many positives from this T20I campaign however, Adair’s emergence as an all-rounder was their biggest takeaway.

Ever since his breakout into Irish domestic cricket, he has been the part of Northern Knights side who are tenants of Civil Service Cricket Club hence the home-ground advantage boosted the self-confidence of the Britisher. In the presence of many Irish top-class batters, it was Mark Adair who barely averages 20 in the T20 internationals but still emerged as the Green Camp’s highest run-scorer having 89 runs under his helm.

He consistently kept his willow on the scoring mode, especially in the final T20I where he finished the Irish innings scoring 37 off just 15 balls smacking two fours and four sixes in the death overs. Apart from his batting heroics, Adair also contributed with the ball and went on to fetch two wickets as well. 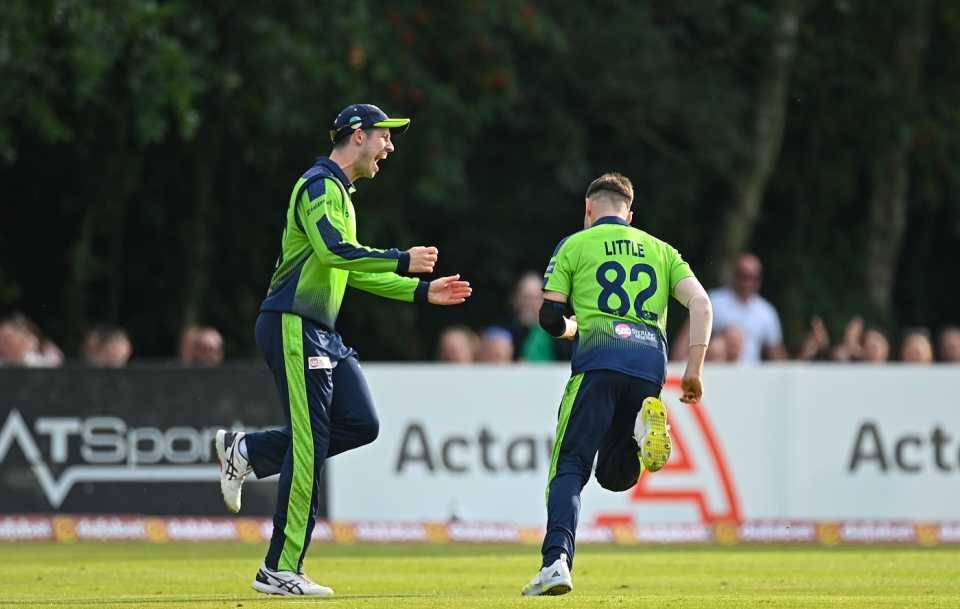 The Dublin Express on the trot!

Joshua Little: After suffering a forgettable ODI campaign, the 22-year-old left-arm pacer turned the tables in the shortest format. Little turned up for the 50-over series having all guns blazing and emerged as the highest wicket-taker of the bilateral series. He kick-started the T20I campaign by picking four wickets in the opening game and played a vital role in restricting the Kiwi innings to a total of 174.

Little then picked two out of four fallen wickets of the NZ innings in the following fixture while spending only 31 runs from his four-over spell. In the third T20I, he once picked two wickets including the crucial dismissal of Daryl Mitchell who was just two runs away from his fifty mark and it could have been a game-changing moment but James Neesham’s heroics turned it all.

Barry McCarthy: McCarthy returned to international cricket after a halt of five months but couldn’t make the cut in his comeback series. He played all three games for Ireland bowling eight overs in total but couldn’t even add a single wicket to his account. In addition to it, his overall economy rate also remained quite high and especially in the second T20I where he was the most expensive bowler with inflated figures of 0/48 in four overs.

Craig Young: In the opening fixture where every Irish bowler was going for big runs, Young remained the economical one while conceding only 18 runs from his three-over spell. He then opened his wicket account with two wickets in the following game including Martin Guptill and the in-form knight Glenn Philips. The British speedster finished the T20I campaign by dismissing Finn Allen to give an early breakthrough to the Irish Wolves.