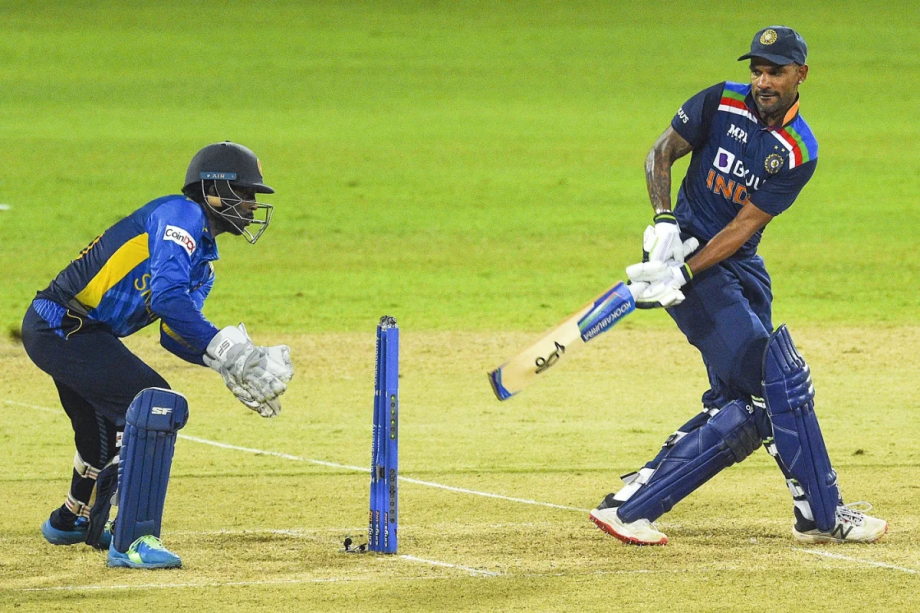 The Indian cricket team produced a clinical performance on the expected lines as they hammered Sri Lanka by seven wickets in the opening match of the three match ODI series, played at the   R Premadasa stadium in Colombo on Sunday. Chasing 263 to win, India scored 263/3 in 36.4 overs with their captain Shikhar Dhawan top scoring with 86 not out.

It was a dominant performance in all departments from the Indian cricket team right from the word go, after Sri Lanka won the toss and decided to bat in the first match of the series which finally started after a five-day delay. The delay was due to the fact that two of the Sri Lanka coaching team members, batting coach Grant Flower and team analyst GT Niroshan, were found to have contracted coronavirus upon their return from England.

The home team must be appreciated for the fact that they produced a performance which looked both inspired and confident against a dangerous Indian cricket team. Sri Lanka went on to post a strong total of 262/9 in 50 overs, an innings in which plenty of their batsmen got starts but failed to convert.

It was a late fightback by Chamika Karunaratne who scored 43 not out from 35 balls, striking two sixes and one boundary which pushed Sri Lanka past 250-run mark, providing their bowlers something to bowl at.

For India, three bowlers — Yuzvendra Chahal, Kuldeep Yadav and Deepak Chahar — were the pick among the bowlers with two wickets each.

Sri Lanka might have felt confident at the half-time break given that they had a respectable total on board with which they could have challenged India. However, all such hopes were dashed mercilessly by the opening Indian batsmen in Prithvi Shaw, who tore apart the Sri Lankan fast bowling attack, hitting nine fours to make 43 from only 24 balls. His untimely dismissal in the sixth over of the innings had already taken India past the 50-run mark.

The dismissal of Shaw brought Ishan Kishan, playing in his first match of the format on his birthday, at the crease. Kishan began with a six and a boundary and went on to score 59 from only 42 balls with eight fours and two sixes.

While his younger batting partners were hitting the Sri Lankan bowlers all around the park, India captain Dhawan was happily taking the second fiddle and only opened up only when there was an opportunity for him to do so. Dhawan batted through the innings to take India past the finish line in the company of another debutant Suryakumar Yadav, who made a fluent 20 ball 31 not out with the help of five boundaries. Manish Pandey also played his part well, scoring 26 from 40 balls with one four and a six each.

Sri Lanka tried as many as seven different bowlers but only one among them, Dhananjaya de Silva (5-0-49-2) and Lakshan Sandakan (1/53) could get wickets.

Dhawan made 86 not out from 95 deliveries with the help of six foundries and one six, as India recorded their ninth consecutive ODI victory in Sri Lanka to stamp their authority at the start of this tour. The second ODI will be played at the same venue on Tuesday.