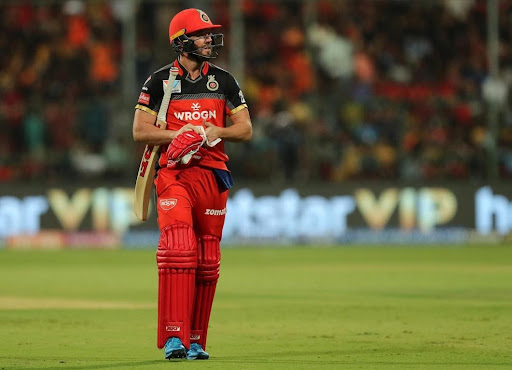 Former Proteas skipper AB de Villiers delivered an emotional message for his fans, especially mentioning the IPL franchise RCB where he played a lot of cricket and thanked all his fans for supporting and even the critics.

Former South African captain AB de Villiers gave an emotional message for his fans on Instagram, especially mentioning his former Indian Premier League (IPL) franchise Royal Challengers Bangalore(RCB). In the video, de Villiers thanked all his fans and even the critics for developing his life.

“Today I am going to be making a very big announcement, a very announcement that I am finished with all formats and all cricket all around. I do have a smile on my face. I feel like I am making the right decision and deep in my heart, I am incredibly sad. There are lots of emotions and thoughts going through my mind of all the years of playing cricket. There is a lot of mixed emotions.”

He added that the reason behind his decision for taking retirement was to spend time with his family and wanted to enjoy the life ahead.

“Things happened very quickly in the last month or so. It’s been in my mind for quite a bit and I finally just decided to really, truthfully priorities family time and to be just the best version of myself as much as I can here at home. To all the people in Bangalore and all the people around the world who followed me and supported me with my RCB team and in the other teams that I represented, Thank you very much for that,”

“It’s difficult to put into words what the fans around the world and supporters of cricket and my cricket specifically have meant to me, it’s been life-changing. And to every one of you who have criticized me or just loved everything that I have done throughout my career, thank you very much,”

“I know I am not going to go anywhere and I’m going to be an RCBian for life. Every single person in the RCB set-up has become family to me. People come and go, but the spirit and the love we have for each other at RCB will always remain. I know we haven’t won a trophy there but I truly believe that there are plenty more to come in the future. RCB has changed my life and I’ve become half Indian now and I’m proud of that,”

de Villers said while praising the IPL franchise with whom he spent 11 seasons.