5 Most Expensive Overs in T20I cricket 

Down the memory lane

The T20 format is often termed as the format of batters due to the run-fest going on ever since its inception. It is the widespread format of cricket and has helped this sport to reach out worldwide vigorously. The recent performance of associate nations like Namibia and Scotland at the T20 World Cup has proved that the shortest format can be instrumental if ICC wants to spread it globally.

In a recent turn of events, stand-in Indian captain Jasprit Bumrah smacked the veteran English pacer Stuart Broad all over the park in Edgbaston Test and it looked like he was playing the T20 game. Bumrah who primarily plays as a bowler set a world record of scoring the most runs off an over against the Three Lions. Batters like Rishabh Pant and Jonny Bairstow are also making headlines for adopting the T20 approach in All Whites these days.

Interestingly, Bumrah is not the first Indian who has created a world record of scoring the most runs in an over by smashing Stuart Broad. He has seen the same wrath from the bowling end when Yuvraj Singh struck him for six sixes in an over. Hence the ‘Parimatch News’ brings a list of the Top 5 most expensive overs in the history of T20I cricket. 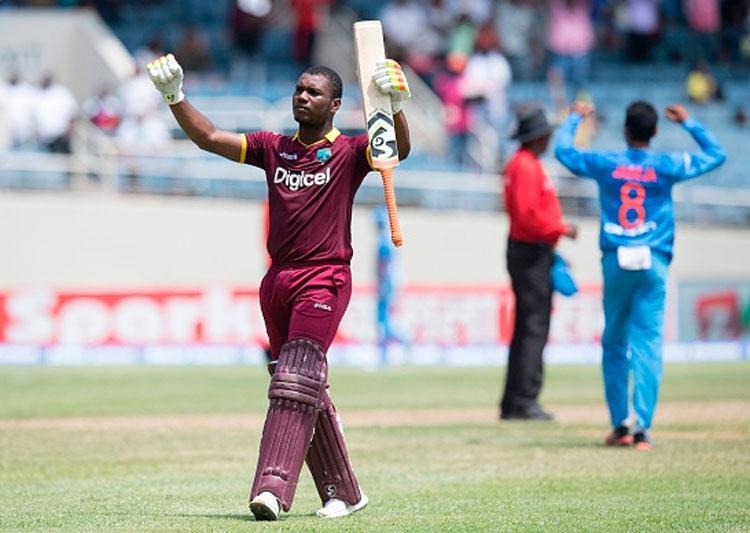 It was a historic series which will be remembered by cricket fans for years as it brought a giant Indian team to the land of the United States for the first time ever. Only one game could be played in the two-match series but that too turned out to be the career-defining for the rising stars like Evin Lewis and KL Rahul.

Lewis had the International experience of playing just a single T20I before that series was charged up to show his capabilities to world cricket in the shortest format. During the 11th over of the first innings seam all-rounder, Stuart Binny was introduced to the wrath of Windies’ batting attack.

Lewis welcomed Binny in the Florida T20I by smashing five sixes from the first five balls while the Indian pacer also bowled one wide in-between. He had the golden opportunity of scoring most runs in an over as one ball was left and 31 runs were already scored but the Trinidadian batter could only fetch a single from the final delivery.

Lewis went on to score a maiden T20I century in that game and was also adjudged Man of the Match in a 1-run triumph of the Windies. He then scored another T20I hundred against the same opponent and joined the elite club of batters who have multiple centuries under their name. While Stuart Binny’s career was cut short after that over and it still stands his last ever international appearance.

It was the last game of the T20I series between England and South Africa which was played on English soil and the match was already affected by rain. The gameplay was reduced to 11 overs per innings as the 22-year-old Jos Buttler came out to bat during the ninth over of the first innings. But who made his T20 international debut a year before this clash was new to world cricket and was rising through the ranks of prominence.

Buttler kick-started the penultimate over of the England innings with two consecutive sixes from the first two balls and shook the Protease camp. He then managed to score 12 in the course of the next deliveries due to a couple of no-balls from Wayne Parnell. The English wicket-keeper batsman then struck six on the fifth and a double on the last ball of the over to bring on the tally of 32 runs from the eleventh over of the game.

This knock of 32 not out from just 10 balls gave a glimpse of Buttler’s incredibly versed mastery in the shortest format of the game. He is now regarded as the best T20 batsman in the world right now and especially after a fabulous IPL campaign where he equalled Virat Kohli’s record of scoring most centuries (4) in a single season.

While the South African all-rounder who was on the bowling end of that over gradually disappeared from International cricket afterwards and made a comeback after a huge halt in the recently concluded T20I series against India.

This is the only feature in this Top 5 list where two batters contributed to scoring a record-breaking total in a T20I over. It was India’s tour of New Zealand where they played a lengthy T20I series with the Blackcaps and the Indian team won five out of five fixtures. The mass destruction by the Kiwi batting duo of Tim Seifert and Ross Taylor happened during the series’ final game at the Bay Oval.

While defending the total of 164, Dube was handed over the ball by Captain Rohit Sharma in the 10th over of the innings with an ultimate aim to strike wickets but the game plan backfired disastrously. Tim Seifert gave a solid start to the over by smacking 17 runs through two sixes and one four from the first four balls and turned back to the non-striker end.

The rest of the work was nicely done by the veteran Ross Taylor who brought the total runs tally from that over to 34 runs with a no-ball boundary and two consecutive maximum strikes.

Despite the inflation of runs by Shivam Dube, the Indian team still managed to successfully defend the total due to the death overs heroics and marched towards a clean-sweep triumph over the Blackcaps. Interestingly, the economy rate of the Indian bowling unit excluding Dube was 6.4 in the same match. Dube who was introduced to the national setup as a backup option for Hardik Pandya vanished from International cricket right after that series and is aiming to make a comeback after an impressive campaign with CSK. 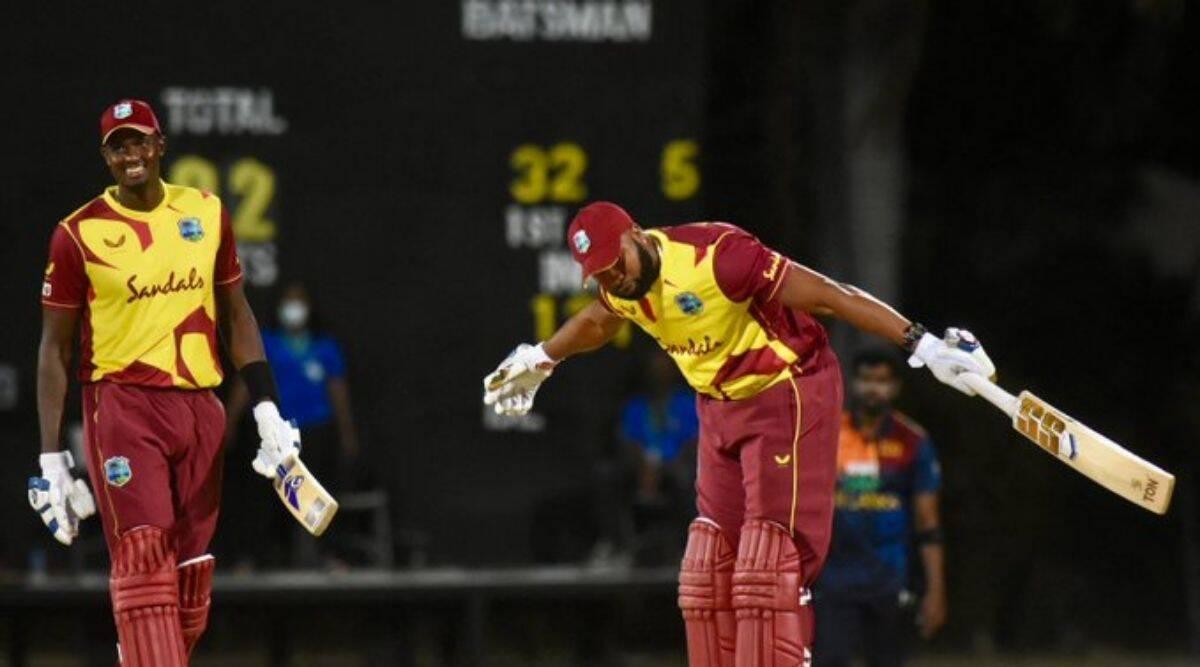 When the cricketing world was sleeping, Kieron Pollard roared and awakened us all by equalling the world record. He became only the second batsman in the world to hit six sixes in a single over of the T20I game. Ironically he achieved the feat against the spinner Akila Dhananjaya who took a hat-trick of wickets in his earlier over.

Polly smashed him all over the park at Antigua’s Coolidge Cricket Ground so effortlessly that Dhananjaya looked helpless against him. And the Trinidadian living legend added another feather to his long list of achievements in the shortest format. Thus Dhananjaya became the first cricketer in the world to pick a hat-trick and concede six sixes in an over in the same match.

The clash was won by the Windies side which chased down the target of 132 in just 13.1 overs after a world-record cameo by their skipper Kieron Pollard. He has now retired from the International stage to focus on franchise cricket and will cherish this attainment forever. On the other hand, Dhananjaya has now lost his place in the Sri Lankan side, especially after the rise of Wanindu Hasaranga, Maheesh Theekshana and Lakshan Sandakan.

This over of Stuart Broad was so historic that many cricket pundits considered this the major reason behind the initial popularity of this format. It happened after the provocation and heated word exchange between Yuvraj Singh and Andrew Flintoff which inspired the Indian batter to set a world record. Earlier, Herschelle Gibbs also struck six sixes in an over during the 2007 World Cup but this incident was more special as it came against an elite English side.

Yuvraj used to give a stare to Andrew Flintoff every time after smashing the for six which he made it look so easy. The 21-year-old English speedster who was in his initial stages of International cricket suffered a major setback after being on the receiving end of such wrath. The spin-bowling all-rounder also made a record of scoring the fastest T20I fifty after taking just 12 balls to do it in the same game.

India then went on to become the inaugural World T20 champions as Yuvraj played a crucial role in the triumph while Stuart Broad’s over remained one of the highlights of that edition.

Although Broad quickly bounced back from the setback and turned himself into a red-ball specialist. The cycle completes as the veteran English pacer was once again on the receiver end when an Indian smashed him hard to set a world record of most expensive over in the respective format. 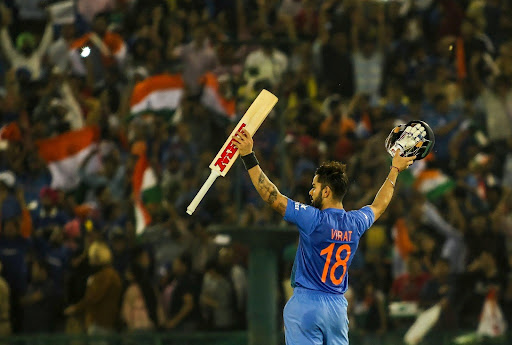