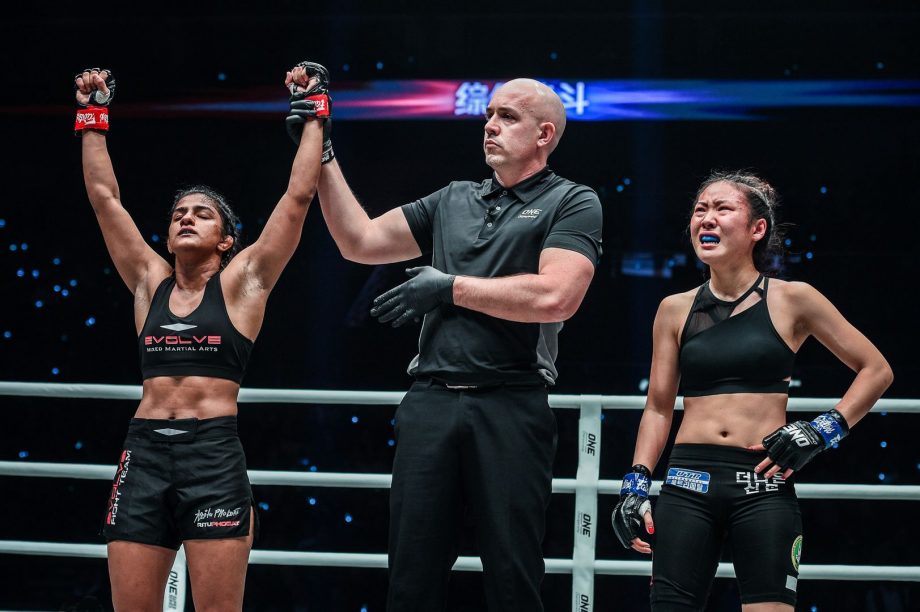 Ritu Phogat’s recent victory over Nou Srey Pov in One Championship MMA has stirred up fans across the world. Now, Phogat has shared some detox techniques and her strict diet plans that kept her going throughout the tournaments in One Championship. She stated that home cooked food was one of the secrets of her success.

Now, IANS website quoted Phogat who also stated that it was her diet filled with ghee that kept her strong right from the moment she arrived in Singapore from India. This combined with home cooked dishes reportedly ensured that she coped with rigorous training schedules upon arrival in Singapore.

Phogat also added that she cooks during her spare time, and this according to her acts as a stress buster; given the fact that she has varying training schedules to participate in; especially considering that she is now inching closer towards world championship victory after her latest win over Srey Pov which also marked her third straight victory in One Championship.

Hence, Phogat’s “desi” diet coupled with the usual nutritional supplements are apparently the recipe for budding wrestlers. Indian home-made food generally consists of all essential nutrients. With a lot of wrestlers in India still preferring to get trained using traditional methods before switching to modern regimes, Phogat’s gastronomics are worth emulating.

For the uninitiated, Phogat beat Srey Pov by technical knockout (TKO) during the second round at One Championship. The former made a sort of a comeback to the MMA circle after a hiatus to completely dominate her opponent and notch up her third straight win and inch closer towards championship gold.

Ritu Phogat also belongs to the illustrious lineage of Phogats from Haryana. This family has produced excellent female wrestlers (trained by Mahavir Singh Phogat) who have brought laurels to India in international sporting events.