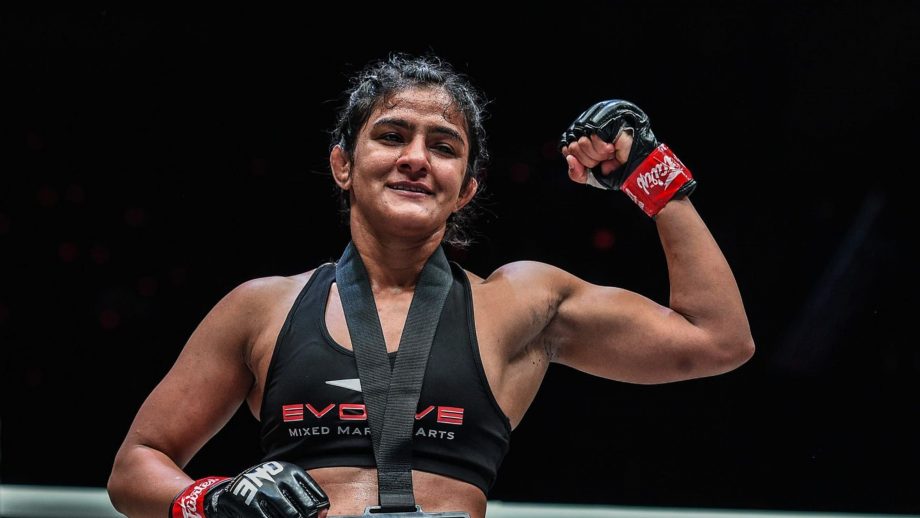 In her latest win, Phogat displayed tremendous agility combined with rapid strikes to defeat Nou Srey Pov by Technical Knockout (TKO) in the second round. Her fight record in One Championship also stands at 3-0.

Phogat dominated Srey Pov almost throughout the fight to notch up an impressive TKO victory.  Check out her impressive win in the video below:

Phogat’s win even got Twitterati excited. Check out some reactions from fans across the world:

“She was Phenomenal, she is coming for all,”

“Best wrestler coming for the gold,”

In summary, Phogat’s One Championship win has got people talking across the world. Her dominant performance is also a potential indicator of future gold for India.

In related news, wrestler Vinesh Phogat has posted a training video in her runup to the Tokyo Olympics slated to be held during July 2021. In this video, Phogat’s smart training is visible and this has won laurels evn from her trainer who seems to be happy about the way things are shaping up as far as winning gold for India in wrestling (at the Olympics) is concerned. Check out Vinesh Phogat’s video here:

Gauging the above developments, it is now evident that the non-cricket physical sports future for India is bright. Both the Phogats are in their early twenties and have plenty of time in their hands to shine at international events viz the Olympics and the Commonwealth Games. Here, it is interesting to note that both Ritu and Vinesh Phogat have also been trained by Mahavir SIngh Phogat who happens to be the father of Olympians Geeta Phogat and Babita Kumari.