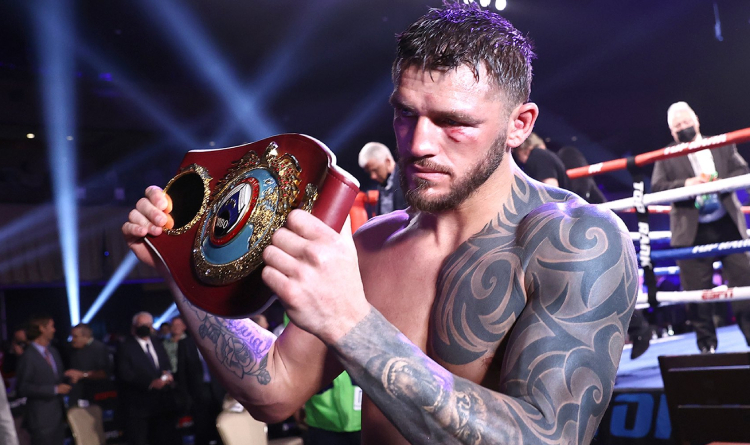 Smith with the WBO belt

Smith set a personal record for the most punches thrown

Vlasov worked from the outside, used many faints and outnumbered his rival’s shots almost 2 to 1 in the opening heat. In the second round, Maxim absorbed a heavy overhand but caused a cut around Joe’s right eye. In the third and fourth heats, both fighters started throwing combinations more frequently, taking the initiative in turns.

The fifth and sixth rounds were close. However, Smith turned the tables in his favor in the seventh heat by landing a left hook, which wobbled the Russian. Maxim quickly recovered – he came back strong in the eighth round and delivered more blows. The American started slowing down in the ninth round and took many power strikes. The cut was bleeding severely, blurring his vision. Nevertheless, Joe got his second wind and clearly took championship rounds. 2 judges scored the contest 115-113 in favor of Smith, the third referee saw a draw 114-114. As a result, Joe secured victory by majority decision.

According to the contest stats, Vlasov landed 5% fewer total punches. However, Maxim delivered 7% more power shots. Smith set 2 personal records in the fight: for the most strikes thrown (888) and absorbed (214).