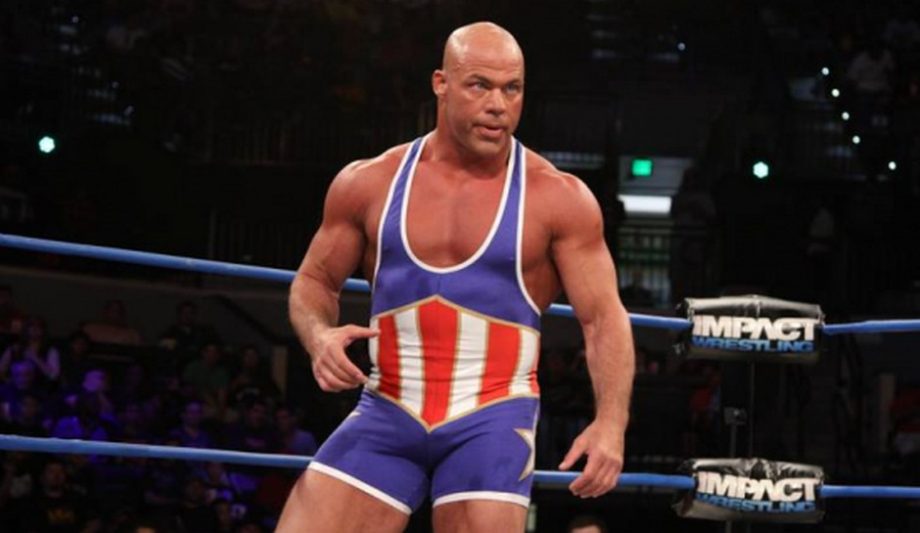 Kurt Angle, who was recently released by WWE, makes for a good potential Wrestlemania candidate for a comeback one final time and thereby grabbing the main-event spotlight. Angle who is now 50 is an “instant classic” in the WWE whether as a face or heel. With this personality, Angle surely deserves to make a comeback at Wrestlemania and take a bow with a victory with the “You Suck” chants on.

Now, Wrestlemania 37 is a good three months away and rumour mills are already working overtime to churn out reports about some “potential” matches that are speculated to steal the show during the “Grandest stage of them all”.One such speculated match is Kurt Angle versus The Rock.

Yes, Kurt Angle versus The Rock is an instant runaway hit at any given point in time; more so Wrestlemania. The WWE, at this juncture, needs The Rock to make an appearance even if it means to participate in a short match and deliver a couple of rock bottoms to his opponent.  What better than  Kurt Angle turning out to be this opponent. This makes for a lip smacking fare. However, this match as of now exists in concepts; but has the potential to manifest at Wrestlemania 37.

With Angle and The Rock now past their prime; and with the latter busy with Hollywood commitments, WWE have a daunting task on their hands to get him to come back to the world of professional wrestling and entertainment; but given WWE Creative’s surprise elements at Wrestlemania matches, this task could well be possible; as it is also something that the WWE Universe wants at any given point in time.

Finally, with this fantasy match between Angle and The Rock giving food for thought WWE Creative could take notice and give the fans what they want rather than giving Roman Reigns what he wants! Remember that moment when Angle made his Impact Wrestling debut 14 years ago when nobody expected him to. Shockers could come at any point of time!