Why “The Rock” could just show up at Wrestlemania 37? 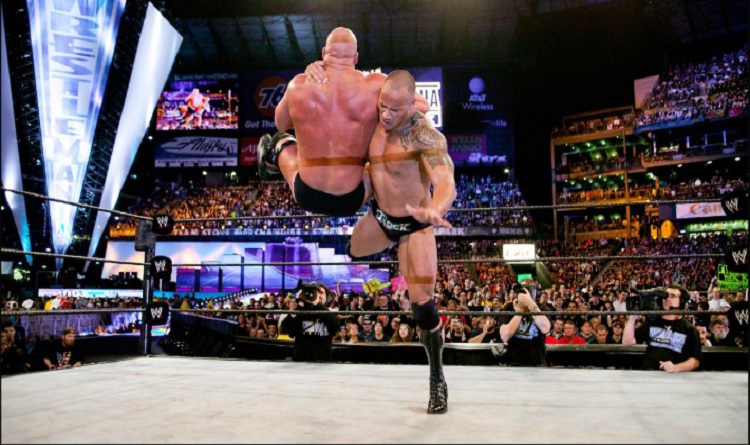 With a good three months to go for WWE Wrestlemania 37 to begin, expectations of fans and loyalists has already been surfacing on social media. Rumour mills have also been working overtime reporting “potential” Wrestlemania-related developments. One such development is around The Rock.

As per latest buzz, The Rock could make an appearance at Wrestlemania 37, and rumours also indicate that he could be wrestling a short match at the Grandest stage of them all. These rumours, though rumours for now, hold potential considering the fact that WWE Creative has started infusing pretty newer storylines and thereby making attempts to revive the product that had become stale not too long ago. Hence, rumours surrounding The Rock’s WWE return make sense for now.

The Rock’s return to WWE has been rumoured for long. Even at Wrestlemanias 35 and 36 The Rock was expected to do something magical. Remember that during Wrestlemania 32 The Rock defeated the monster Erick Rowan in just 6 seconds to enter record books for notching up a victory in the earliest time possible.

Prior to Wrestlemaina 32, there were sporadic Wrestlemania appearances by The Rock who also seemingly ignited a feud with old rival Triple H; but this match did not take place. Hence, Wrestlemania 37 is the prime time for The Rock vs Triple H feud.

This could be for one last time and could be magical. The fans would love to see the two legends squaring off at The Grandest stage of them all. A Rock vs Triple H match, any day, accounts for increased viewership and record ticket sales. Now, that physical entrance is prohibited in WWE events due to the pandemic, fans can catch matches in the WWE Thunderdome and still get live experience. Therefore, The Rock feuding this year at Wrestlemania is a blockbuster option for The WWE provided they get the legend to take time off from his movie (and other) commitments.

Another reason why The Rock could just return could be to teach now heel Roman Reigns a lesson for having betrayed the fans and joined forces with Paul Heyman. Depending on whether Reigns remains Universal Champion till Wrestlemania 37, The Rock could appear and hit Reigns with The Rock Bottom and Peoples’ Elbow to the delight of fans and thereby reprimand his storyline cousin.

Finally, The Rock versus The Undertaker – a dream but still possible considering that WWE may need to boost their viewership ratings for the Wrestlemania season. With The Undertaker having still not ruled out a return to the ring, he could do so one final time at the Show of Shows and best The Rock who could also be seen for the last time in the ring. Hence, there are several prospects for The Rock to return to the WWE for Wrestlemania, he could even do so as the host of the show and deliver his punchlines much to the delight of the WWE Universe.Whatever it is, The Rock in any capacity at Wrestlemania makes for big money at any given point in time.