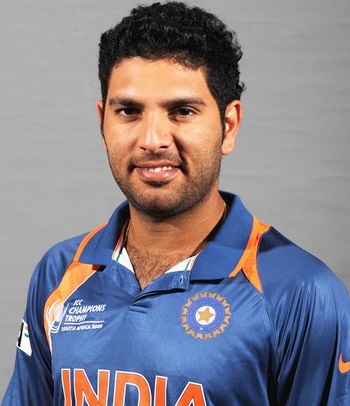 Yuvraj Singh is the superstar of Indian cricket team in the 21st century. He is counted in the top cricket legends across the globe, and is one of the best left-handed batsman. He used to play cricket with such flamboyance and ease that some bowlers don’t want to bowl to him.

He started his cricket career at a very young age, and has shown his potential at the highest level. He was one of the most essential players in the Indian cricket team, whether it is taking wickets or scoring match-winning runs, whenever the team needed the most.

Yuvraj Singh is mainly known for his true dedication, he has fought cancer and came back to the Indian cricket team like a champion to serve his country.

At the young age, his father sent him to Mumbai to get some cricket training at Elf-Vengsarkar Cricket Academy. His hard work and performance finally paid off when he was selected in the Under-19 Punjab State team.

He made his first debut in International cricket in 2000 against Kenya at ICC KnockOut Trophy. By the year 2007, he hit his peak batting form, and he led his team to win the T20 World Cup trophy.