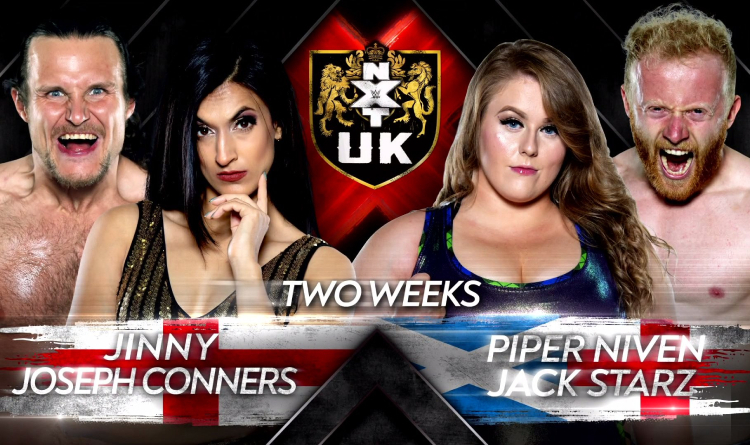 WWE NXT UK is set to host a new type of wrestling event. The promotion will hold a first-ever Mixed Tag Team Match at NXT UK on March 11.

The concept of mixed tag team contests is not a new one. WWE premiered a series of wrestling competitions dubbed Mixed Match Challenge in 2018. It consisted of 2 seasons and featured male and female athletes from the Raw and SmackDown brands. The Miz and Asuka, the winners of the first season, pocketed a $100,000 prize and donated the money to charity. R-Truth and Carmella beat Jinder Mahal and Alicia Fox in the final match of the second season. They got a ticket to the 2019 Royal Rumble as a reward.

According to NXT UK, Jinny & Joseph Conners will fight against Piper Niven & Jack Starz in the inaugural Mixed Tag Team Match. Jinny and Niven are old foes. They met in the ring for the first time in January 2021. Conners interfered in the clash to help Jinny win the contest and become the number 1 title challenger. Following the victory, Jinny made an alliance with Joseph; however, he failed to turn the tables in her favor in a fight against champion Kay Lee Ray.

Piper is definitely looking forward to taking revenge for 2 losses. She decided to join forces with a former Kamikaze Pro Tag Team champion Starz. Jack began his wrestling career in 2013 and amassed a record of 45-76-1. He signed with WWE in 2017 and debuted at NXT UK in 2018. During the last 2 years, he competed in singles matches but failed to capture the NXT UK belt. Therefore, he chose to try his hand at team tournaments.