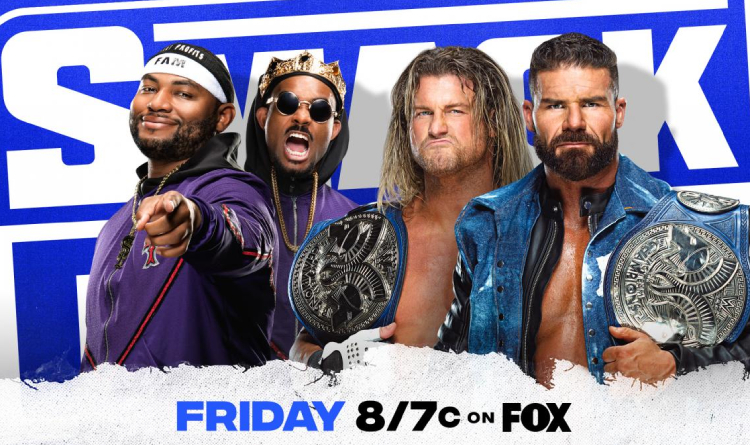 The Street Profits to face The Dirty Dawgs

The Street Profits, composed of Angelo Dawkins and Montez Ford, will challenge SmackDown Tag Team champions Dolph Ziggler and Robert Roode from The Dirty Dawgs at SmackDown on April 16.

Angelo and Montez lost the SmackDown Tag Team crowns to The Dirty Dawgs on January 8. Then they scored 3 victories in 5 contests and got a title shot in a Fatal 4-Way Match on April 1. In a helter-skelter fight, Ziggler eventually dropped Ford to the canvas with a superkick and Roode pinned Gable. As a result, The Dirty Dawgs defended the belts for the first time.

Following the win, Ziggler and Roode joined forces with Chad Gable and Otis to take on The Street Profits with Dominik and Rey Mysterio. Dolph opened up by attacking Dominik and tossed him into the ring-post. Dominik answered with a DDT for a near fall. Roode and Rey joined the battle and exchanged heavy shots. When Dawkins tagged in, he clotheslined Dolph several times and hit a belly-to-belly suplex on Robert.

Otis took Angelo down and went for a pin, but his rival escaped. Ford hit Gable with a step up kick, followed by a jump from the top rope; however, Chad rolled out. Otis tagged in, grabbed Montez and held him on the mat. At that moment, Otis landed a vicious Flying Bulldozer, smashing Montez for the win.

The Street Profits dropped 2 consecutive bouts against The Dirty Dawgs. Given this fact, Dawkins and Ford will unlikely get another chance to take on champions in the near future in case the upcoming showdown results in their loss.