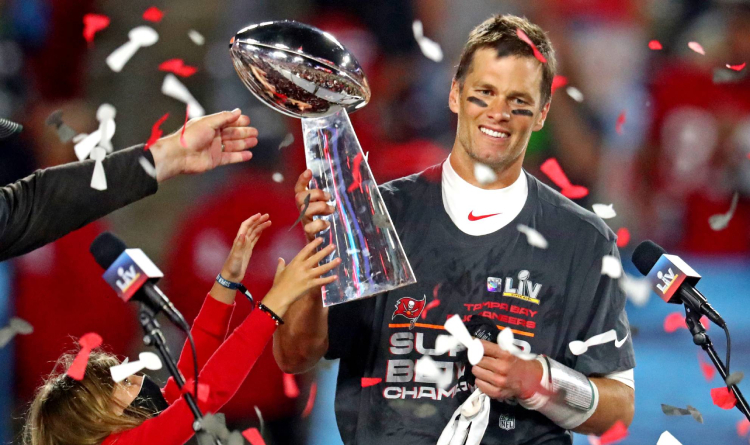 WWE Hall of Famer Triple H congratulated Tampa Bay Buccaneers with the victory and gifted the belt specifically designed for the team. In September 2020, WWE awarded a custom title to the Tampa Bay Lightning for capturing the Stanley Cup.

Tampa Bay Buccaneers faced the Kansas City Chiefs in Super Bowl LV. During the game, the Bucs’ Rob Gronkowski and Tom Brady set a record for the most touchdowns by a quarterback-receiver combo and helped their team to win the championship. Moreover, Gronkowski was ranked second in the number of receiving TDs in Super Bowls – 5. Jerry Rice takes first place with 8 touchdowns.

Rob competed in WWE tournaments in 2020 and won the 24/7 championship at WrestleMania 36. However, he lost the belt to R-Truth and signed with Tampa Bay Buccaneers in April. His contract with the Bucs prevented him from fighting in the ring until the end of the 2020 NFL season. Following the triumph in Super Bowl LV, the professional footballer might restart his wrestling career. Triple H previously encouraged Rob to get back to WWE and reiterated his urge stating that “Gronkowski will know what to do” with the custom title.