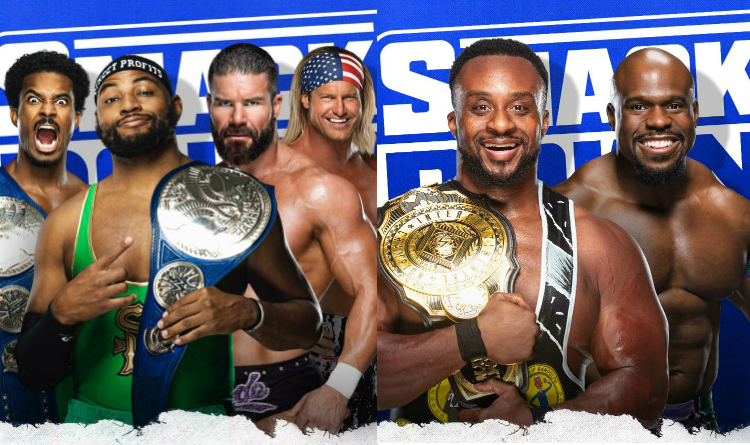 There are 2 title fights booked for WWE SmackDown scheduled on January 8. Reigning kings Street Profits and Big E will defend their titles against top contenders.

Dirty Dawgs and Apollo Crews are set to challenge champions

Big E won the Intercontinental Championship in December 2020 in a bout against Sami Zayn. He has accepted Apollo Crews’ callout and will face the contender in the main event. Apollo became the US champion in May 2020, but lost the belt to Bobby Lashley in August. Crews faced Lashley in a rematch at Clash of Champions; however, he failed to take a revenge and moved to the SmackDown roster.

Considering Apollo’s weak performance last year, he has a little chance to beat the champion. Moreover, Big E will headline a fight night for the second time in his career and has a great potential as a main event wrestler.

SmackDown Tag Team champions Street Profits will face Dirty Dawgs. In December, Angelo Dawkins and Montez Ford defended their title in a showdown against Robert Roode and Dolph Ziggler. Nevertheless, Dirty Dawgs will likely defeat their rivals in a rematch for several reasons. Firstly, Street Profits have held the gold for 9 months. To freshen up the Tag Team division, WWE will have to crown new contestants. Secondly, Dawkins and Ford won the first clash by a disputed finish – pulling off the tights.

On January 1, Ziggler and Roode attacked Street Profits at SmackDown, smashed their opponents and got a title shot. If Dirty Dawgs dethrone Street Profits, their reigning is expected to be short, because WWE aims at setting up novel matchups featuring other teams.