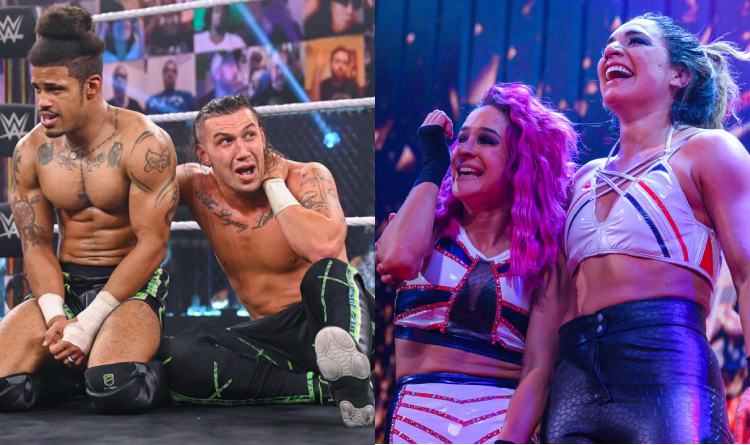 Carter and Lee took on Grizzled Young Veterans (GYV) James Drake and Zack Gibson in the Men’s Dusty Classic final match. Nash took a hard beating at the beginning of the clash, but he managed to tag Wes in, who hit GYV with a series of shots and took his rivals down with a Swanton. Zack counterattacked with a running knee, while James landed a 450 splash. However, MSK withstood their opponents’ assaults, delivered a combination of superkicks, finished GYV with a double-team blockbuster and won the contest.

Kai and Gonzalez faced Ember Moon and Shotzi Blackheart in the inaugural Women’s Dusty Classic final showdown. Raquel opened up with a shoulder tackle hitting Shotzi. Then Ember joined the battle, and both ladies attacked Gonzalez. Nevertheless, Raquel slammed Blackheart and tagged Dakota in. Kai landed a high kick but was caught into a powerbomb. The teams took the initiative in turns, showing fantastic offensive skills, and it was hard to tell who was winning the fight. The course of the battle changed when Kai and Gonzalez threw Moon over the ropes, hit an armed powerbomb and pinned Blackheart down. As a result, Dakota and Raquel made history and became the first-ever Women’s Dusty Classic champions.