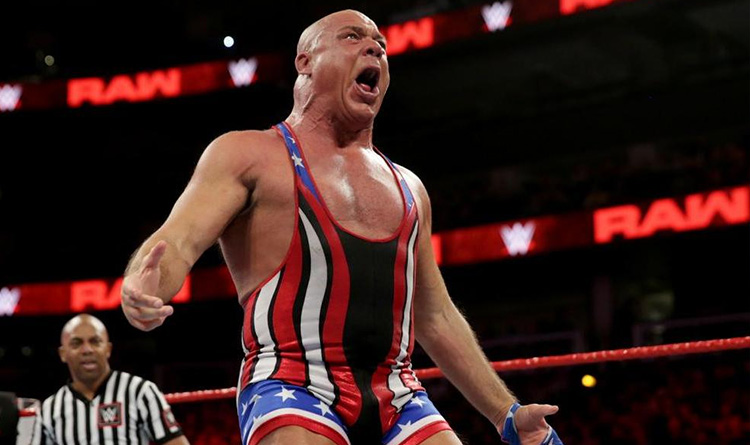 Now, this assumes significance considering the fact that Angle has been released by WWE; and rumour mills are rifr about the fact that he would be mulling joining Impact Wrestling. At this juncture, Angle has a hall-of-fame career in Impact and he has been a 6-time Impact champion in his ten-year stint with the promotion.

Nonetheless, Angle with his Integrity – Intensity – Intelligence still continues to be a top draw wherever he wrestles. Angle tweeted the memories of his first WWE championship victory, over The Rock.

“This was the most important match of my career. I won my 1st wwe world title against one of the most popular WWE Superstars of all time, not to mention most popular celebrity I know. TheRockhelped me so much very early in my career. I will always hold him in high regard”

Kurt Angle, in the WWE, picked up 6 world championships, and returned to the company in 2017 and had a short stint. He was released early this year along with several other superstars as part of a restructuring move. At this point in time, it is not known if Angle would still wrestle considering that he is 50 years old. But he could well choose a promotion to associate with in a managerial capacity – maybe as a mentor to younger/fresh talent.

In related news, Kurt Angle is also well known for his rivalry with the legendary Undertaker and their last clash in 2006 led to the former besting the latter in a hard fought duel.