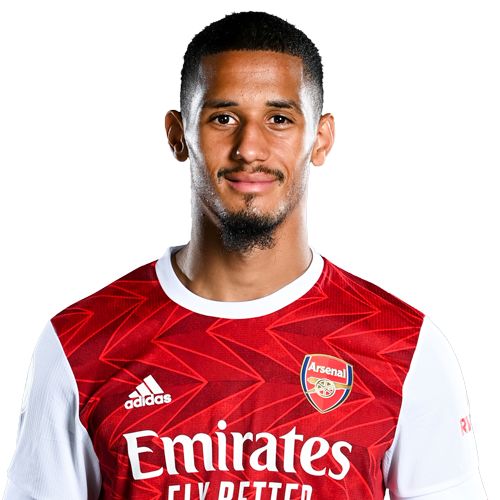 William Saliba is playing football since the age of 6, he was coached by the father of Kylian Mbappé. After youth teams he moved to Saint-Étienne in 2016, signing his first contract at the age of 17, on 30 May 2018. Saliba made his professional debut with Saint-Étienne in a 3–2 Ligue 1 win over Toulouse on 25 September 2018. He made 13 starting appearances for the first season at Saint-Étienne. Then he was noticed by top-6 English club Arsenal and was signed for around €20 m. And after that went to loan again in Saint-Étienne for a season. Now he plays on centre-def position at Arsenal team, but still has not started once in the first team.

His FIFA 21 he has sliver card with the overall rating 74.

Also he has nickname from Framce – Mr. Clean.