Zverev was accused of domestic violence. His ex-girlfriend: “He not only beat my head against the wall but also strangled me” 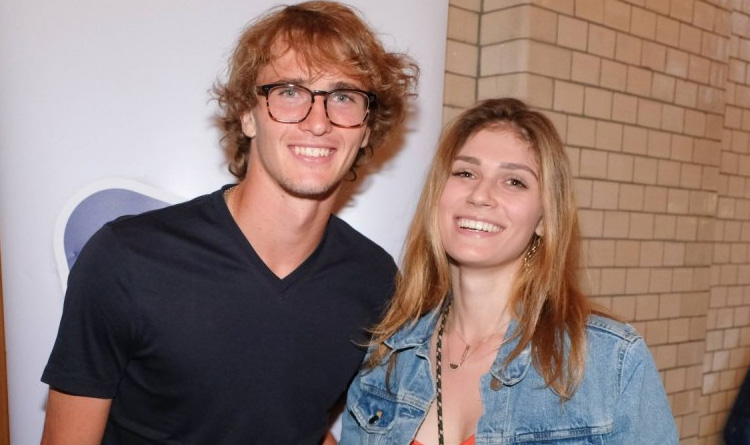 Former tennis player and photographer Olga Sharypova had a relationship with the seventh racket Alexander Zverev for almost a year. On Wednesday, she said on Instagram that she was a victim of domestic violence. She didn’t name the man, but all the signs pointed to the German.

Sharypova said in a post that she was beaten unmercifully in August last year in New York. At this time, she was with Zverev (they came together after a break in the relationship, finally broke up in autumn), and at the end of August, the US Open was just taking place.

Also, the same day, another ex-girlfriend of Zverev – model Brenda Patea – announced that she expects a child from him. In the comments to the post, Sharypova was asked if they were calling each other, to which she replied: “It’s just a karma day. This is the way it is.

And after that, Olga gave an interview to the “Championship,” where she directly accused Zverev.

“I HAVE BEEN BEATEN, AND I WON’T KEEP SILENT”

Now I want to tell one very personal and complicated story for me, which I have already experienced and left in the past. I’m writing this for girls who are in the same situation. Don’t feel alone and find the strength to live on.

I was a victim of domestic violence! The first time it happened at the beginning of the relationship. After the quarrel, I was hit with my head against the wall with such force that I sat on the floor.

What happened next? I was accused of raising my hand. The man who hit me a second ago stood and shouted at me that it wasn’t him.

How is it possible? Why didn’t I leave right away? Why forgave? I can’t answer these questions. I loved him. Sincerely loved and wanted to be with this person; it seemed to me that it was just a mistake that we should fix together and leave in the past. But the only thing that should have been left in the past is this relationship.

Last August, I was beaten and ran out of the hotel barefooted. I was standing on a New York street, and I didn’t know what to do and where to go. He tried to strangle me with a pillow, hit my head against the wall, twisted my hands, and at that moment, I was terrified for my life.

It was far from the first and not the last situation when a hand was raised on me in a relationship. It was the worst because at some points I couldn’t breathe.

Honestly, I remember with difficulty that time, because then there were no colours of life, only fog and a misunderstanding of what was happening. I was a different person, I believed in love, and I tried to keep it. But people don’t change, as time goes by.

Relations with the abuser today are not the new thing. But when you are into it, it’s challenging for you to get out. How did I do this? It’s a separate story that I will tell a little later because I won’t keep silent anymore. Because it’s a topic to talk about. And I’m not afraid anymore.” 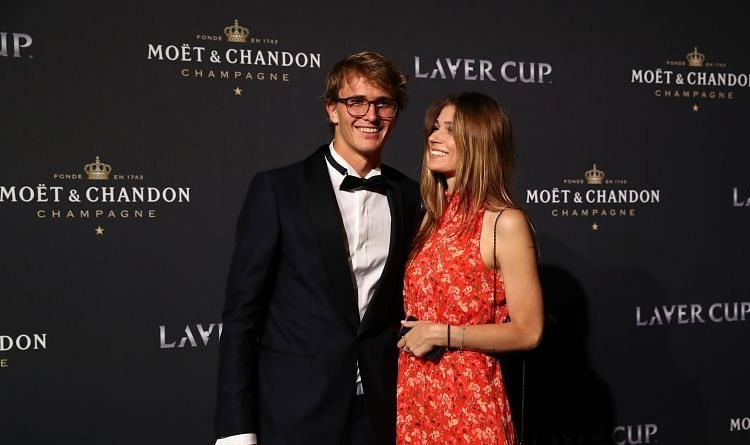 In an interview with the Championship, Sharypova said that then in New York she was walking with the wife of Daniil Medvedev (who knew nothing about the tennis player’s behaviour) and her friend, and Zverev was angry because she came late:

“I wrote on Instagram that he tried to strangle me with a pillow, twisted his hands. I tried to run out of the room a few times, but he wouldn’t let me. I was afraid that someone could see and hear us. But in the end, I managed to escape, and ran barefooted with only phone in my hands.

At first, I hid in the hotel, but Sasha went downstairs and found me. We stood near the side entrance. I sobbed and tried to leave, and he wanted me to go back to the room, and we talked. But I understood that at that moment there would be no dialogue. I was scared, and wanted to run away. But Sasha pushed me into the wall and said that he would have nothing for it. And that everyone doesn’t care what he does with me. Fortunately, people appeared at that moment, and I jumped into the street with them. I was alone, barefooted in the middle of the road. It’s good that I had a phone, and I was able to write to a friend who took me to his family. My friend preserved this correspondence.

All things, money, documents – everything is left in the room. After this situation, Sasha wrote to me and called. I didn’t want to see him at first, but I thought we should talk. I came to the hotel and waited for him in the lobby because I didn’t have a card from the room. While we corresponded with Sasha, we again began to fight with him. I sat in the hotel bathroom, crying. And when he came to the hotel, he just threw my stuff into the hall. A friend whose family sheltered me left a photo (a photo, and screenshots of the correspondence she provided to the “Championship”).

A day later, he came to the house where I was staying, he wanted to get back together. We were able to talk without emotions because of the witnesses around. As a result, we continued the relationship. During the US Open, I sat at his matches, and then went with him to Geneva for the Laver Cup and to China for tournaments.

Then we broke up, but I’m not ready to talk about it yet. It’s a very long story in which many people are already tied.”

According to Sharypova, before she was not ready to talk about assault and didn’t want to spoil Zverev’s reputation for a long time, but now she decided to tell so that other people would understand who they were dealing with. And Zverev understood that “for each of their actions, people should be responsible: whether it’s a child or violence.”

To the accusations that she would probably made it up, Sharypova was ready.

“I was attacked by his entourage when I was in a relationship with him. And I’ve been through it. I’ll get over it, too. I just want Sasha to understand that everything needs to be answered sooner or later. Naturally direct witnesses that he strangled me no and they cannot be, because it happened in private. But I’m ready for any checks, including a lie detector, to confirm my words. I don’t demand anything from him. I just want everyone to know about it. “

Zverev responded to the charges on Thursday evening and called them “ungrounded”.

“They make me very sad. Olga and I have known each other since we were children and shared many experiences together.

I very much regret that she makes such statements. Because the accusations are simply not true. We had a relationship, but it ended a long time ago. Why Olga is making these accusations now, I just don’t know.

I really hope that the two of us will find a way to deal with each other again, reasonably and respectfully. “