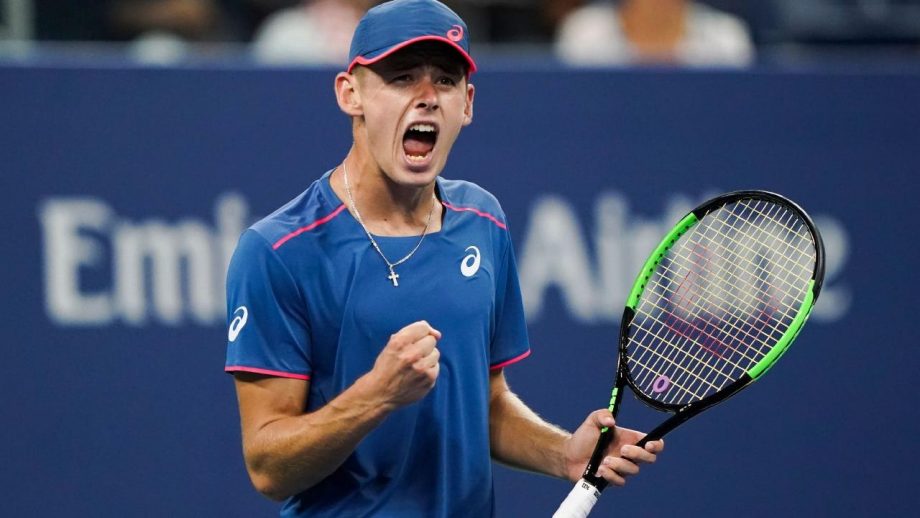 Alex de Minaur dropped only one quarter across the whole weekend as he recorded three wins on the spin to pick up the Lightning Bolt trophy in Antwerp. The 21-year-old goes into the European Open at the same venue in excellent form.

Beating Richard Gasquet by three quarters to one, Alex de Minaur became the champion of the Ultimate Tennis Showdown 3.

The new format — quickfire format — was first presented before the European Open in Antwerp, where the Australian was making his debut, nicknamed ‘the Demon’.

He defeated not only Dan Evans and Pablo Andujar on Friday evening, but also then crushed the veteran Frenchman with the following scores:

“I had fun,” tells de Minaur with a smile.

“It definitely helped me out a lot to get some on-court time and get used to this court for the following week. I’m delighted to be able to come out and play some good tennis.”

Gasquet had to save a match point in the third quarter, down 16-15. However, he brought his backhand into play to force the match to at least go the distance.

“He was just better than me, to be honest. He doesn’t miss. He’s serving well. I made a lot of effort in the third, but in the fourth, I couldn’t. He was too strong today.”

But it is not the end. The pair will face off again on Tuesday in the European Open round of 32.