Novak Djokovic: “I’d like to keep the 1st number in ATP” 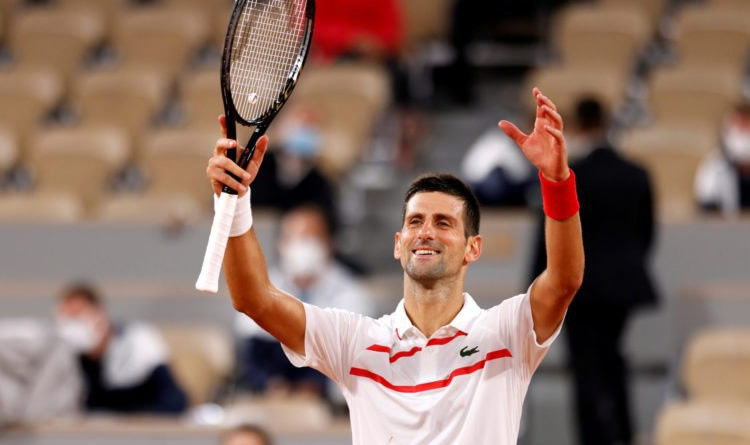 The 2020 of Novak Djokovic was marked by numerous ups and downs, not only on but also off the pitch. World number 1 admitted he had some regrets about the performance of the US Open and Roland Garros, though he won the Australian Open earlier this year and posted four titles.

An accidental blow to a line judge in New York cost him disqualification. He could have narrowed the gap that detaches him from Rafael Nadal and Roger Federer. In Paris Novak reached the final; however, he was overwhelmed by Nadal, scoring only seven games.

The Serbian phenomenon reiterated his desire to beat Federer’s week-long record at the top of the ATP rankings, speaking to the press on the eve of the Vienna tournament. Instead of this, the Belgrade veteran has distanced himself from the debate related to the GOAT.

Djokovic on the GOAT debate

“It is not my place… I leave the GOAT debate to others. I’d like to keep the 1st number in ATP. Pete Sampras has been my idol; therefore, it would be amazing to tie his record

For me personally it is great that this temporary ranking system is on until March because I have won a lot of points,” Djokovic said. “It was the same story for everybody, but it would be a different story for me. I believe I can reach historic No.

“Everything is unpredictable, even if you’re 1 in March.” Novak Djokovic will open in Vienna his own campaign against fellow Serb and best friend, Filip Krajinovic. “When we practised together with Filip, we joked that we could be drawn in the first round,” Djokovic said.

Chances were small, but here we are. I think we have a similar style of play. He can play quickly, he likes hardcourts best, and he is very talented. The field is powerful. Dominic deserved the Grand Slam title more than anybody else with the way he works. I respect him so much.

We want it, but we have to take one match at the time. It’s a long way to the finals. I won the tournament, and I had had quite a lot of support when I was here the last time. Thank you so much for a wild card.

They have not only great courts and hotels but also great food. I think we have all the conditions we need to compete with. We have to be grateful for that. It is fantastic that we have the opportunity to compete.”

The Serbian has still watched all the events from afar over the years.

He has persistently been impressed by the fan support. This tennis culture has been created by the likes of former World No. 1 Thomas Muster and current US Open champion Dominic Thiem.

The huge credit for that goes to Thomas Muster of course, who was once No. 1 in the world, and Dominic Thiem, a Grand Slam champion and other different successful Austrian gamers contributed to the popularity of the sport. It’s one of the massive reasons why you see every year a packed house that is sold out not only for Dominic’s matches especially but also for other matches.”