Important news for Australian Open-2021 participants: for what can they get a punishment of 20.000 Australian dollars? 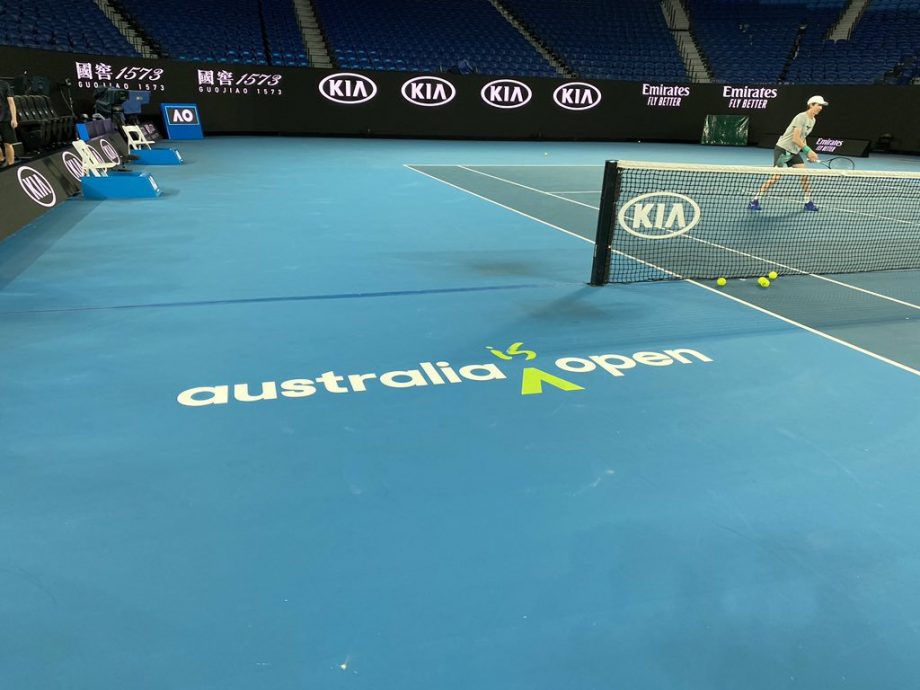 Australian Open logo on the tennis court of the tournament

As already known, one of the Grand Slam tournaments, namely Australian Open-2021, starts on February 8 this year. The 2020 pandemic caused by Covid-19 brought to life each of us, including athletes, many different difficulties and changes.

Unfortunately, the postponements and cancellations of tournaments, as well as the holding of competitions without spectators throughout the year, have become the norm for tennis players. Everyone sees the epidemiological situation in the world is not improving, but even vice versa – it’s getting worse. So what do we expect from 2021? Should we wait for something good or prepare for other changes, which will have to be used for a long time?

Of course, all athletes have to observe certain rules during the tournament, so as not to worsen the already deplorable situation. Such rules, of course, exist in Grand Slam tournaments. All players have already been informed which rules they will need to follow, as well as under what conditions the competition will take place.

It should be recalled, firstly, upon arrival, all players will have to undergo a mandatory two-week quarantine. The good news is that during quarantine training will be allowed, which will let players prepare normally for one of the most important tournaments of the year. Also, the organizers made some changes in the data on the people number that players will be able to take with them. Earlier it was reported the former champions and top 10 players will be allowed larger teams than everyone else. However, now the organizers of the Australian Open have made some adjustments to these data. At the moment, only 100 people will be allowed into Australia, so the distribution will be done as follows. Firstly, participants who directly hit the main draw in singles, and top 10 players in doubles will be able to take two people with them, and the rest – one each. Secondly, children under three years old aren’t included in the allocated number of people, but they, like everyone else, will also be forbidden to leave the hotel during the quarantine.

The other day, no less important information appeared on the network. It became known what sanctions will be applied to players and members of their teams in case of violation of the Australian Open coronavirus protocol.

The organizers said the tennis players will be fined up to 20.000 Australian dollars and prosecuted in Australia if they leave without the representative’s permission of the Victoria state.

Any violations may also result in one or more of the following consequences: disqualification from competitions in Australia, deprivation of prize money, extension of quarantine, isolation in a hotel room established by the government, arrest and even deportation – all these players will be able to see for themselves if they dare to violate the established rules.

Also, journalist Luca Fiorino commented on this situation, saying in a fragment of instructions for players the following:

“Any violation of your team will be considered as yours.”

Well, we wish the players a great season, and we will also look forward to their performances and hope the tournament will be held without violating any rules.