Grigor Dimitrov about refusing to participate in the US Open 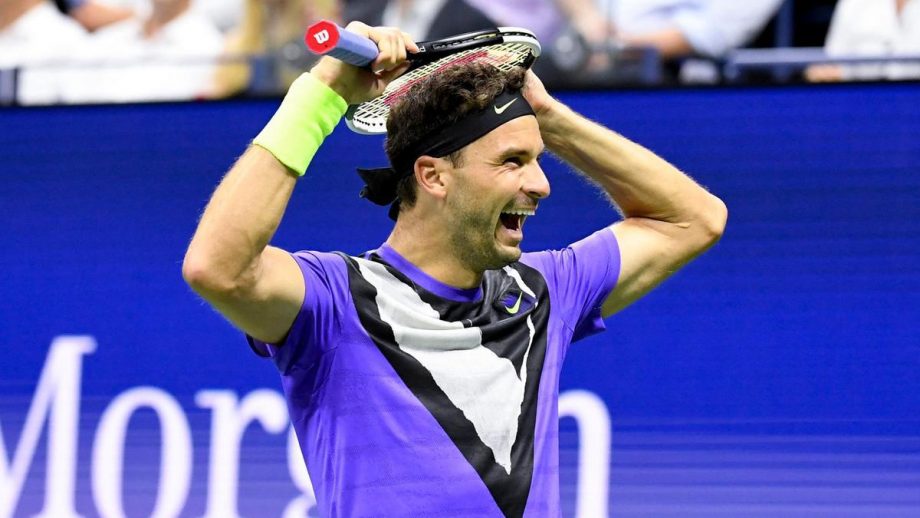 Grigor Dmitrov plays in the US open

The 19th racket of the world, Grigor Dimitrov, passed the COVID-19 test, which showed a positive result at the end of June, shortly after playing at the Adria Tour tournament in Croatia. By the way, the event was organized by Novak Djokovic and was widely criticized after several famous tennis players, including the first racket of the world, fell ill with coronavirus.

Since then, Dimitrov has returned to court and took part in the Ultimate Tennis Showdown (UTS) in France last weekend, where he lost to Feliciano Lopez and Richard Gasquet.

“The virus was difficult for me. I had to stay at home for about a month … I think everyone has different ways. I was breathing badly. I felt exhausted. I didn’t smell or taste. Anything you could think of. So it wasn’t fun at all,”

Dimitrov also said that he thinks he was lucky to be on the court. He appreciates every day, does not take them for granted. He said that he really appreciates being here. It’s certainly nice that in his free time he can just go out and play with his rivals.

In addition to mental fatigue, Dimitrov has lost three kilograms since contracting the coronavirus. However, he noted that the mental losses associated with self-isolation can affect him as strongly as the physical effects of the virus, because he was completely alone for 20 days.

“A lot rushes through your head. It doesn’t matter how strong you are mentally, as a person, an athlete or anything else. Bad thoughts inevitably spring up in your head.

“I also had to deal with this. It’s the same with everyone else. This is one of my main messages: we should not underestimate the power of the mental state that everyone is in. If we take the right precautions and everyone is safe, things will get better faster.”

Dimitrov advises everyone to work not only on their physical (health), but also on their mental aspect.

The US Open is only due to start at the end of August, but Dimitrov, who won eight ATP tournaments in his pro career and reached his 3rd place in 2017, said he was not sure if he would compete in New York.

“I’m not sure if I can recover so quickly that I can go back into strict mode and fly a lot,”

he said of the prospect of his game.

It has been about a week or 10 days since Dimitrov got to his feet again. He said that it would be ambitious for him to go play, but he just isn’t sure how his body will react to the game.

However, the athlete is going to keep practicing, keep looking at where fitness takes him, and hopes that he will also have good morale to get through it calmly.

“I think a lot of players are definitely a little confused about what they should do. I think we can all sit down with our teams and sort of discuss the possibility of playing or not. “