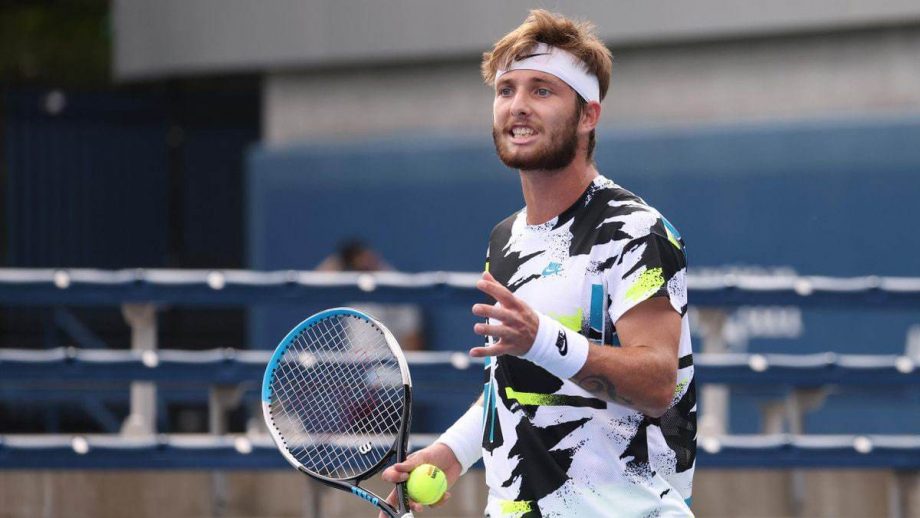 After it was announced Corentin Moutet, the 75s racket of the world has tested positive for Covid-19, he won’t play any further part at the Paris Masters. In the second round, the 21-year-old was due to play Marin Cilic. However, he will instead isolate.

Corentin Moutet was forced to withdraw from the Paris Masters after testing positive for Covid-19.

In the opening round on Monday, the 21-year-old beat Salvatore Caruso and was due to play Marin Cilic on Tuesday.

Byt the tournament announced later in a statement that Moutet had been withdrawn and placed in isolation.

“Thanks to @rolexparismasters and @fftennis for the invitation. Unfortunately, I cannot play more than one match having infected the coronavirus,”

The Frenchman’s year ends here. But he confessed that he looks forward to seeing everyone next year in Australia.

“Thank you for your messages of support. Despite everything, I’m in good health,”

After Joe Salisbury came in close contact with someone who tested positive for coronavirus, he was also forced to pull out of the doubles competition on Monday.

Salisbury is asymptomatic and did not test positive for coronavirus but has been isolated.