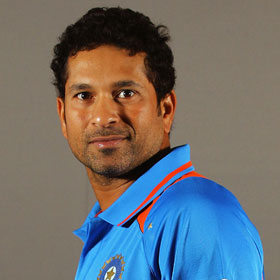 After retiring from cricket in 2013, he was the youngest individual to receive Bharat Ratna Award, India’s highest civilian award. He is the only player across the world who scored more than 30,000 runs in international matches. In 664 international cricket matches, he scored a total of 34357 runs.

Also, he was the first player in cricket to pass 10,000 runs in limited-overs. He has played several fantastic innings and led the country to several outstanding victories. With the height of 5 ft 5 in, he has mostly been called “The Little master” or “the God of Cricket.”

He mostly used minimal movement and can easily play a wide range of shots. In India, Sachin is one of the most popular personalities of the country. He received a great amount of attention and admiration. He is broadly seen as a model.