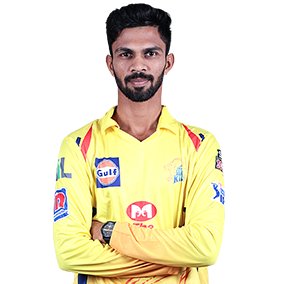 Ruturaj is one of the best upcoming talents, rising steadily in the cricket-world. He is also praised by legend cricketer MS Dhoni for his sharp mind and understanding of the game. The right-handed batsman made his first-class debut at the age of 19 and represented Maharashtra during the Ranji Trophy 2016-17. After playing first-class cricket, Gaikwad got out on a golden duck on his India A debut in January 2019.

He scored 677 runs at a strike rate of 116.72 for India in List A cricket against Sri Lanka A and West Indies. After giving an amazing performance, he secured his place in India B’s squad for the 2018-19 Deodhar Trophy in October 2018.

His standard form attracted the IPL team Chennai Super Kings’ selectors and bought by the franchise in IPL 2018 auction for his base price of INR 20 lakhs. Gaikwad didn’t play any game match in 2019 but learned strong skills from legend cricketers like MS Dhoni, Shane Watson, etc. He was positive for COVID-19 ahead of IPL 2020, but he got fit before the season’s inauguration match. ‘

He was born on 31 January 1997 to Dashrath Gaikwad. His father is a Defence Research Development Officer, and other teaches at a municipal school.