Lovlina Borgohain celebrates her win in the quarter-final

Tokyo Olympics 2020 got off to a great start for India as Mirabai Saikhom Chanu won the silver medal in 49kg weightlifting to make the nation proud at the grand quadrennial sporting event.

Manika Batra, Pravin Jadhav, Deepika Kumari, Sumit Nagal, Bhavani Devi, Mary Kom, and Atanu Das won the hearts of the sports fans in the country but failed to get past seeded opponents in further stages.

Day 7 of the Tokyo Olympics brought some great news for the Indian contingent as boxer Lovlina Borgohain was assured of a medal whilst PV Sindhu also won her quarter-final match to reserve a place in the semi-final of the women’s singles category.

Lovlina Borgohain competing in the women’s welterweight category has been a force to reckon with throughout the Tokyo Olympics. She defeated German boxer Nadine Apetz 3-2 in a neck-to-neck fight securing her place in the quarter-final.

The Assamese boxer defeated Chen Nien-chin of Chinese Taipei 4-1 in the quarter-final bout to assure India of a bronze medal in boxing. She will face the Turkish boxer Busenaz Surmeneli in the semi-final on 4th August at 11 am.

One of the best badminton players in the country, the Rio Olympics silver medal winner PV Sindhu wasn’t in the best of form coming into the Tokyo Olympics.

Sindhu swept past Israel’s Ksenia Polikarpova 21-7, 21-10 before defeating Hong Kong’s Cheung Ngan Yi 21-9, 21-16 in her second and final group match of the delayed Olympics. The 26-year old shuttler maintained her record of not losing a single game in the ‘Round of 16’ match as well as she trumped Denmark’s Mia Blichfeldt 21-15, 21-13. 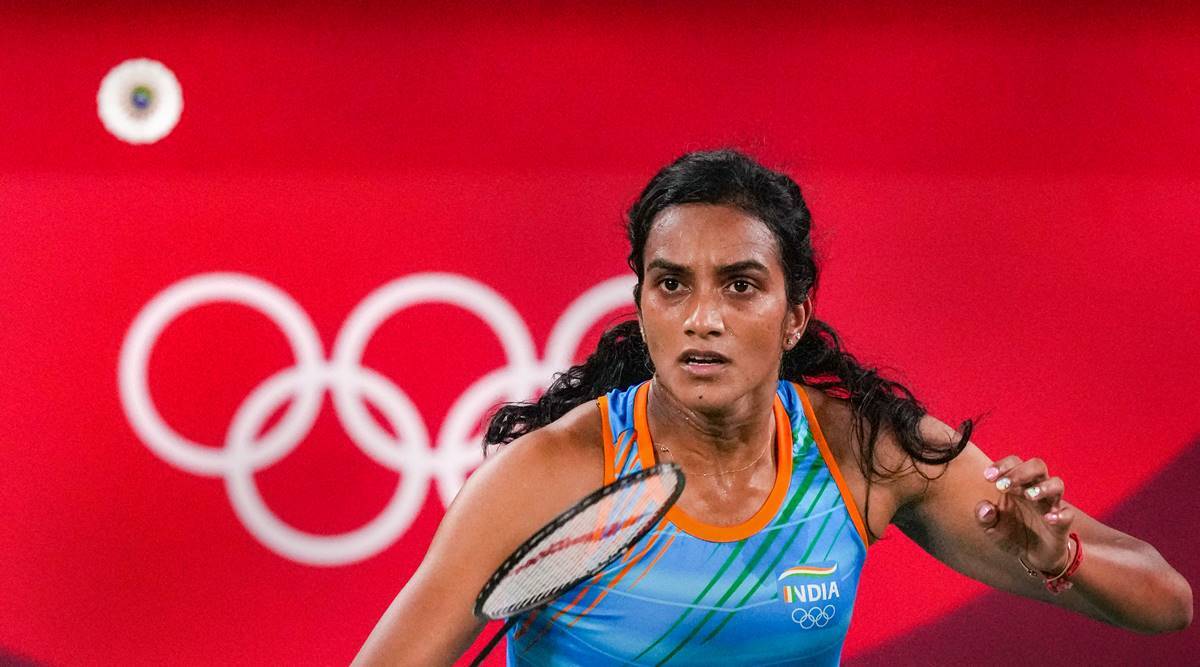 PV Sindhu at the Tokyo Olympics

Sindhu has an uncanny ability to find her form at the right stage and time and the shuttler went into the quarter-final as India’s big hope for a medal. Sindhu’s opponent in the quarter-final was no Goliath though as Japan’s Akane Yamaguchi is ranked World No.5 in the BWF rankings and was the fourth seed in the Tokyo Olympics as well.

The quarter-final didn’t get off to a rosy start for Sindhu as she faltered a couple of times and found herself trailing 4-2. But, a seamless comeback saw her race into an 8-6 lead which was converted into an 11-7 lead by the midway stage of the second game.

Sindhu started dominating her opponent and opened a 6-point lead at 17-11 and extended it to 21-13 to seal the game.

In the second game, Yamaguchi came out with a different strategy as we saw many more rallies to tire out her opponent but Sindhu wasn’t fazed and raced to an early 5-3 lead which was converted into an 11-6 lead by the halfway mark of the second game.

After the midway break, the long and unending rallies seemed to have affected Sindhu who let her lead slip and Yamaguchi raced into a 17-16 lead from being 14-8 down at one stage. The Japanese ace took a 20-18 lead with two game points in hand but Sindhu survived the toughest time and won four consecutive points in a convincing fashion to win the game 22-20 sealing her place in the semi-final.

PV Sindhu will face Tai Tzu-Ying of Chinese Taipei in the semi-final with a chance to become the first Indian individual athlete to win two medals in the Olympic games since Sushil Kumar.