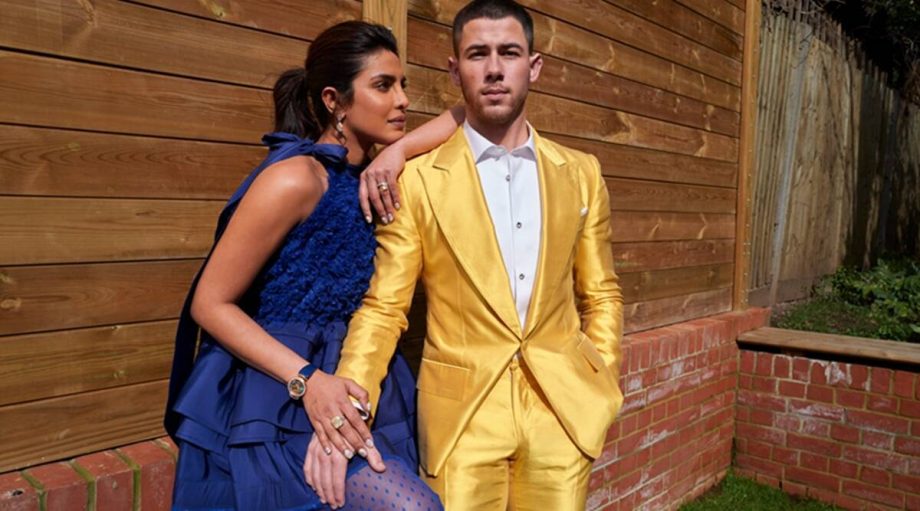 Oprah Winfrey recently made news again when her good friend Meghan Markle opened up about her relationship with her husband & royal family. Meghan talked about leaving the royal family & relocating to the US with her husband, Prince Harry & son Archie. Once the dust settled on her comments, now it was Priyanka Chopra Jonas’ turn to talk & open up about her life.

On her new show Super Soul, the actor chatted with Winfrey recently, looking sharp & stunning in a powder-blue pantsuit, talking about her relationship — rather a spiritual ‘partnership’ — with her husband, singer Nick Jonas and her recently released book.

“I read where you said your mom, you think, dreamed him up, or had some spiritual force in bringing him into your life, because you’d been in bad relationships and your mother said, ‘I hope that one day you just meet somebody who sweeps you off your feet.’ And then, along comes Nick Jonas…”

“I may have judged the book by the cover. I didn’t honestly take it very seriously when Nick was texting me. I was 35, I was like, ‘I want to get married, I want to have kids. He’s in his 20s, I don’t if that’s something he’d want to do’. I did that to myself for a while, till I actually went out with him.”

She went on to praise her husband & called him “self-assured” and a “sensible” man.