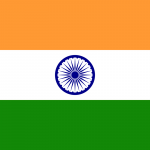 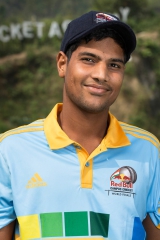 Lalit Yadav hails from the Najafgarh area of Delhi. Najafgarh is popular for being home of former Indian
opener Virender Sehwag. Like Sehwag, Yadav loves to deal with sixes and fours, and he is popular for
hitting six sixes in an over on two separate occasions.
Lalit Yadav’s claim to fame moment came in local T20 circuits when he hit six 6s in six balls twice. On top
of that, he went on to score 130 runs in just 40 balls. He made his first-class debut by playing for Delhi
against Maharashtra in 2017. In the first four innings of his first-class debut, Yadav had three fifties to his
name. By scoring more than 40 runs in every inning, Lalit showed a bright side.
At the Indian Premier League 2020 auction, Delhi Capitals picked up Yadav at his base price of INR 20
lakh. The franchise already knew that Lalit was a Ranji Trophy player who had been keeping a close eye
on the young talent after his twin six-hitting exploits.
The aspiring cricketer belongs to the land of Najafgarh. It is a no-brainer that he idolizes the former
opening batsman Virendra Sehwag as he also belongs to the same land.