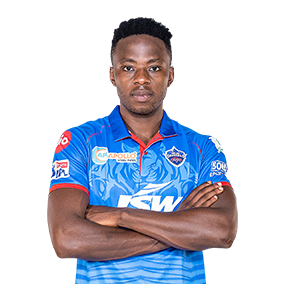 Kagiso Rabada is a South African cricketer who represents the country at the international level. He is popularly known for his fierce bowling speed and threatening bounce. In 2015, Kagiso started playing for the South African national team. He is a crucial player for the national team and the future of fast bowling in South Africa.

The best performances given by the fast bowler in the national team caught the eyes of many T20 franchises across the globe. Delhi Daredevils bought him for a whopping amount of INR 5 crores for the Indian Premier League 2017.

Rabada was picked by the Delhi Daredevils (now Delhi Capitals) for the IPL 2017. He played six games for the franchise in the 2017 season while being ruled out from the tournament in 2018. In 2019, Kagiso returned to IPL and took 25 wickets in twelve matches. His father, Mpho Rabada, is a doctor, and his mother, Florence, is a lawyer.