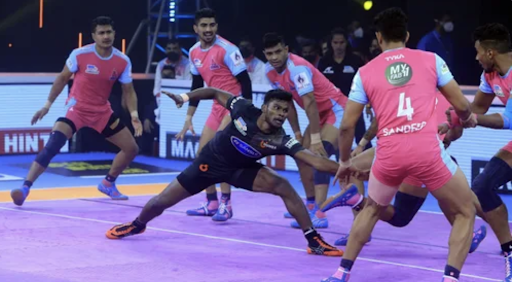 U Mumba clinched a clinical victory against Jaipur Pink Panthers by 37-28 in the 21st match of the Pro Kabaddi League Season 8 at the Sheraton Grand Whitefield Hotel and Convention Centre in Bengaluru on Wednesday.

U Mumba climbed to the second spot on the points table while Jaipur Pink Panthers slipped to the 5th spot as their score difference deteriorated.

Both the teams started off cautiously as the scoreline was 4-3 until the 8th minute of the match. Abhishek Singh picked up the first point of the match for U Mumba but Arjun Deshwal equalized for the Jaipur Pink Panthers after a hattrick of empty raids.

The two teams were involved in a neck and neck battle until V. Ajith Kumar’s super raid tilted things in U Mumba’s favor and from there on, there was no turning back for the PKL Season 2 champions. Ajith was complemented by Abhishek Singh as U Mumba inflicted the first all-out of the match on the Pink Panthers.

Towards the end of the first half, Abhishek’s two-point raid resulted in a 9-point lead for the Fazel Atrachali-led franchise as the scoreline was 21-12 at the end of 20 minutes. The U Mumba defense was patient and Fazel’s instructions were working well for the franchise. 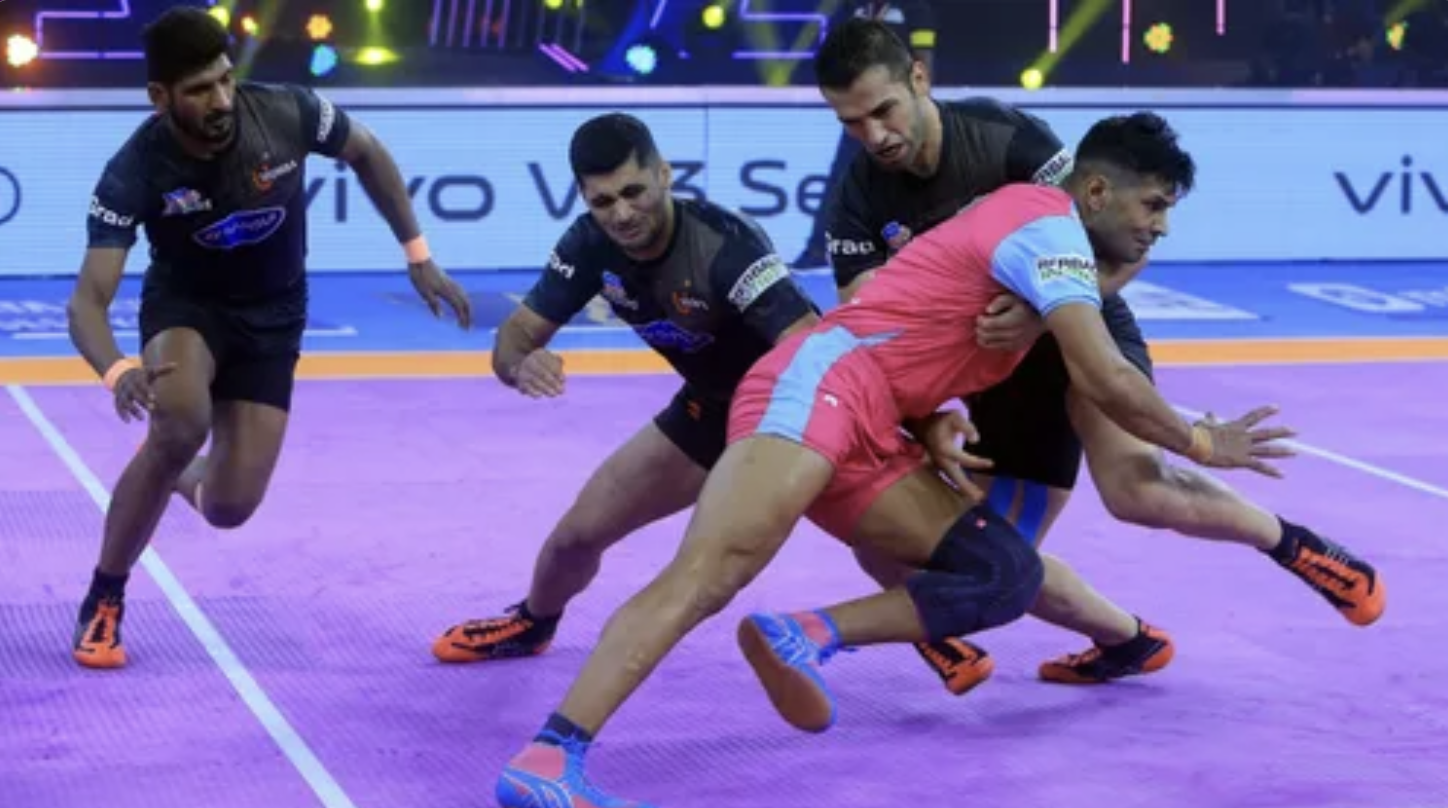 U Mumba’s defence were showing composure throughout the match

U Mumba consolidated the lead to 28-16 as U Mumba inflicted the second all-out in the 22nd minute of the match. Arjun Deshwal completed his super 10 but was the lone warrior for the Jaipur-based team. V Ajith Kumar and Abhishek Singh completed their super 10s in the match although Arjun was statistically the best raider of the match.

Jaipur Pink Panthers managed a couple of super tackles in the final five minutes of the contest but it was too little too late for the inaugural champions of the league. The defense featuring experienced players like Dharmaraj Cheralathan, Sandeep Dhull, Nitin Rawal, and Amit were no match to the brilliance that U Mumba’s raiders produced in the contest.

U Mumba had a raid success rate of 47.37% which was significantly higher than 35.14% which the Panthers managed. The winners of the match also had a tackle success percentage of 45% while the Panthers ended with 24%.

U Mumba will face U.P. Yoddhas in their next match on 1st January while Jaipur Pink Panthers will lock horns with defending champions Bengal Warriors on 3rd January.