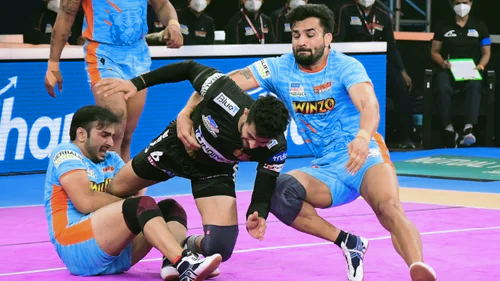 The rivalry between these two cities in the Pro Kabaddi League is as intense as on the Biryani table. The defending champions Bengal Warriors led by Maninder Singh are ready to storm Rohit Kumar’s Telugu Titans side in Match No. 82 at Bengaluru’s Sheraton Grand Whitefield Hotel.

Telugu Titans stood neck and neck to Dhakad Boys of Haryana and held Steelers on the scoreline of 37-37. Captain Rohit Kumar made a solid comeback and led Titans to a nail-biting settlement. Rohit walked into the lineup in place of Rajnish Dalal who missed the clash due to fitness concerns. Despite the absence of the team’s most successful raider, It was another youngster Ankit Beniwal who stepped up and scored a magical Super 10 against the in-form defense of Haryana.

On the other hand, Bengal registered a convincing victory over inaugural champions Jaipur Pink Panthers by showcasing a perfect team effort in their previous fixture. Veteran cover defender Vishal Mane played his first game of the season and contributed two tackle points against his favorite opponent. Hence coach BC Ramesh is unlikely to make any changes in the lineup to retain the winning combination.

The PKL universe was hurt when the news of Ran Singh and Vishal Mane getting unsold came out of the auction room although both veteran defenders joined the Bengal side as Covid Contingency Player (CCP) replacements. It is a category of players who can be a part of any roster but can not participate in the matchday squad unless any other player gets covid positive. Thus Raniya and Vishal made a comeback to the PKL and are playing pivotal roles in triumphs.

Telugu Titans are having a forgettable season while standing on the last position of the points table. It will be their worst ever PKL campaign if they stay in the same position as the Titans never finished on last place in the history of Pro Kabaddi. Injuries of two Titans star raiders Rohit Kumar and Siddharth Desai opened doors for their rising stars to lead the Telugu attack and raiders like Rajnish, Ankit and Adarsh grabbed it with both hands.

Bengal Warriors’ season eight journey has been a roller coaster ride and the eastern tigers experienced it all. Although raiding masterclass from captain Maninder on every matchday is the constant highlight of the season. Left corner Raniya played a key role in Bengal’s resurgence by stabilizing the defensive unit and fans are hoping the same from another legendary defender Vishal Mane who came through the same CCP category.

The rivalry is dominated throughout the course of seven seasons by the Warriors from the state of Bengal. Warriors registered a one-point victory over the Yellow Brigade in their previous face-off to make the streak count of nine consecutive undefeated matches. Bengal has a whopping ten victories against the counterparty while Titans could do it only thrice and four encounters remained resultless.

Sandeep Kandola: Sandeep who made a comeback to the Pro Kabaddi League after a gap of six seasons is now leading the defensive line of the Hyderabad-based franchise. Titans’ most successful defender was also the highest-scoring defender of the match with six tackle points from eight attempts in a tied fixture with Steelers. The services left corner also scored four valuable points when they faced Bengal Warriors earlier this season. 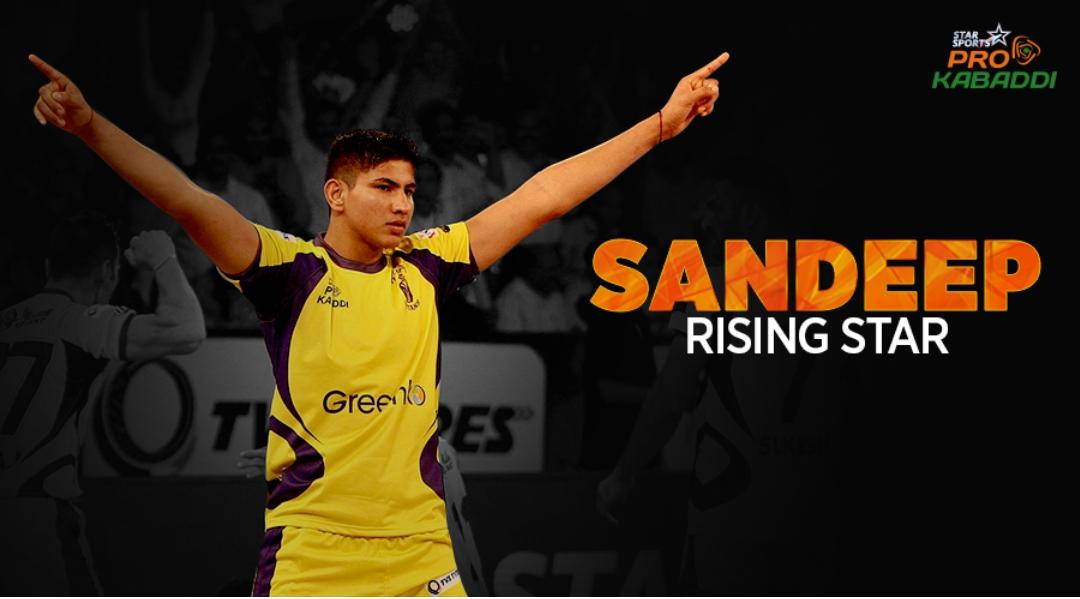 Maninder Singh: The royal Bengal tiger is only behind the Bengaluru captain Pawan Kumar Sehrawat in the raiding charts of season eight with 178 raid points in season eight so far. Maninder rattled Jaipur’s defense by scoring 13 raid points with a strike rate of 81% and helped his side to thrash Pink Panthers by 19 points. Mani’s statistics from his last five games are exceptional as the Punjabi raider has 67 raid points with an average of 13.4 from those fixtures.

The defending champions are hot favorites to win this contest as Bengal outclass Titans in every department. The Kolkata-based franchise is currently standing in the fifth position in the points table and a win from this fixture will bring them closure to the top. And this equation is enough to motivate Maninder and the company ahead of the electrifying encounter.