Season 9 of the Pro Kabaddi League has come to the point where the lower-placed franchises have become more dangerous for higher-ranked sides who will be trying hard to avoid upsets. Gachibowli Indoor Stadium of the City of Nizams will be hosting an action-packed triple-header matchday 48 which will be played on Friday from 7:30 PM onwards.

The record-breaker Pardeep Narwal of UP Yoddhas will be back in action to lead his team against U Mumba in the opening game of the day. Then the spotlight will be shifted towards the following fixture where Ram Mehar Singh of Gujarat Giants will be knitting a game plan to avenge the previous defeat from his former employer Patna Pirates.

In the final game of the day, two mid-table combatants Haryana Steelers and Bengal Warriors will be plying their trade to keep themselves alive in the clipping playoffs race.

The Yoddhas outscored Bengal Warriors in their most recent appearance where PKL history’s two of the most successful raiders shared the same battlefield. Despite the late resurgence of the Sky Blues, youngster Rohit Tomar showcased his nerves of steel in the final raid and came back with all five match points for his home team. Meanwhile, U Mumba’s yet another move to barge into the Top 6 failed as they were defeated by the 10th-placed Haryana Steelers side on Tuesday.

The two combatants held off each other in the very first week of the ninth edition where the sweetness of the victory was tasted by the boys in Orange and Blacks. MumBoys displayed a true team spirit and played their hearts out as each and every U Mumba player from the Starting Seven had a contribution of a minimum of two points in the triumph. UP’s defense department played their part well but did not get enough support from the star-studded raiding unit and had to satisfy with a single consolation at the end.

It’s been a while since the U Mumba first-choice captain Surinder Singh has been ruled out of the action however, they’re still unable to find someone to fill the voids at the right-cover position. In absence of Surinder, Rinku Sharma is leading the defensive charge exceptionally well while the strike raider Guman Singh still needs to work on his consistency.

The presence of Arjuna Awardee all-rounder Sandeep Narwal brings much-needed balance to both departments of this UP unit. The Yoddhas have proved themselves to be lethal even without Surender Gill which makes them the favorites to win this contest despite the head-to-head record favoring U Mumba. 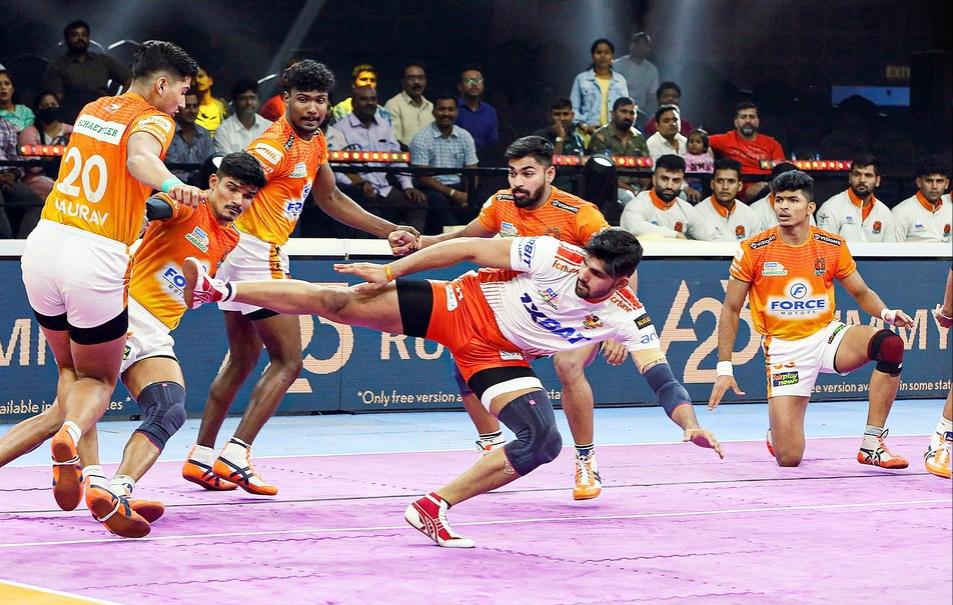 Patna needs to press the accelerator as the playoff race is tightening up and the Pirates only have four fixtures left in the group-stage campaign. On the other hand, the PKL universe witnessed Gujarat becoming the first team of the ninth edition to complete a double over the heavyweights Puneri Paltan by 12 points in a high-scoring saga. Gujarat, who is already eliminated from the playoffs race has spoiled the party of table-toppers and also issued a warning to their forthcoming opponents.

In the earlier chapter of this newly enraged rivalry, Gujarat coach Ram Mehar Singh was outwitted by his former disciples led by the gaffer Ravi Shetty. The Patna head coach smartly used Ram Mehar’s former trump card against his as the Giants’ defense just couldn’t stand upfront the wrath of the sensational Sachin Tanwar. The rising star Parteek Dahiya’s Super 10 and diligent 9 raid points from the experienced Mahendra Ganesh Rajput were the only two positives for the Men in Reds from that encounter.

Ravi Shetty may have to make some major decisions in the First Seven, especially in the cover-defensive department which has been the weakest link of the Pirates this season. It may also lead them to drop the Patna skipper Neeraj Kumar who is having a disastrous run and replace him with a fresh face Shivam Choudhary.

Gujarat management may not consider any changes to the lineup which recently stunned the table-toppers and is averaging 46 points per match from their previous three fixtures. It’s quite hard to predict who will emerge victorious from this encounter as the strength of both of these sides is almost equivalent to each other, however, the Giants have a slight advantage of the better current form. 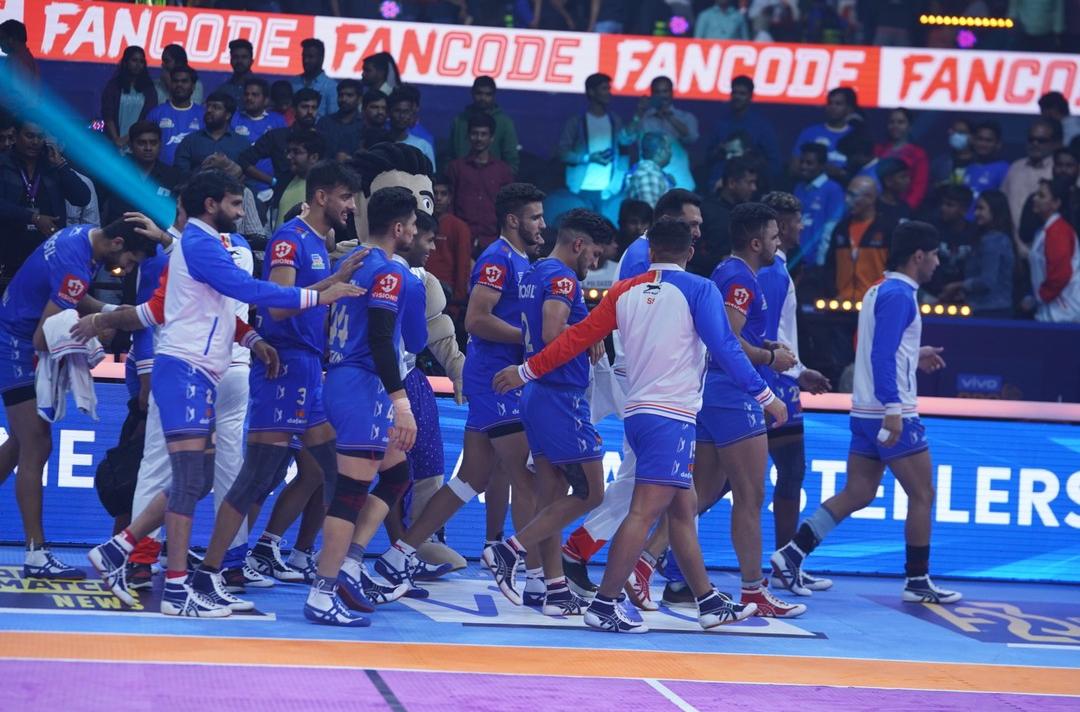 The Steelers have turned on their beast mode in do-or-die matches after emerging victorious in two consecutive games despite being considered as least favorites. Haryana edged past the young unit of U Mumba in a nail-biting encounter where the final scoreline fared 35-33 in favor of the Panchkula-based franchise.

Bengal may have ended up on the losing side of their previous fixture against Bengaluru Bulls however, the commendable fightback in the last moments will inspire them to come back stronger against the Blues.

It was the second matchday of PKL Season 9 when the last time these two combatants were up against each other which resulted in Haryana kick-starting their campaign with a solid win. The Service star Manjeet Dahiya (19 points) and the current stand-in captain Nitin Rawal (7 points) turned coach Manpreet Singh’s first day at the job into a memorable one.

The veteran left-corner defender Girish Ernak’s tremendous efforts of 6 tackle points came in a losing cause as the seventh edition champions could not even grab the consolidation point from their opening fixture.

The veteran all-rounder Deepak Niwas Hooda is likely to make his way into the Starting Seven after an impressive cameo of  5 points in place of Vinod Kumar who looked off-color in his maiden start of the season. Another probable change in this Bengal lineup is Surender Nada replacing Girish Ernak as the veteran is also capable of making difference with his leadership skills.

The raiding trio of Manjeet, Meetu and Rakesh excelled in a defense-dominated saga while the right-corner Monu Hooda is also likely to retain his place in the Haryana lineup. Whether it’s the current form or head-to-head record, the Dhakad Boys from the household of Kabaddi outmatch their counterparts to stand favorites to win this battle as well.