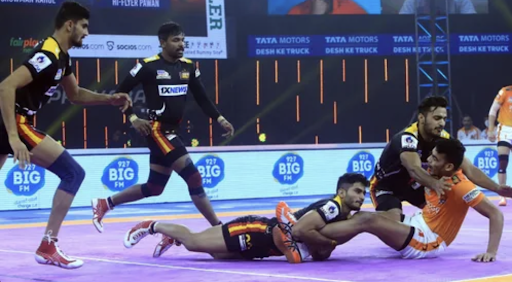 Bengaluru Bulls are unbeaten in their last 5 matches

After starting off the season with a loss against U Mumba, the Bengaluru Bulls have been unbeaten in their last five matches. Pawan Kumar Sehrawat has been the second-best raider statistically and he has been supported by Chandran Ranjit who has been in charge of the raiding unit whenever the skipper is off the mat. Ranjit has made sure that Pawan Kumar is revived early. Ranjit is on the mat for 81% of the occasions.

Jaipur Pink Panthers has picked only 37 tackle points which is the least by any team in this season. Their defenders have been poor and the onus is on Arjun Deshwal and Deepak Niwas Hooda in almost every match to turn the fortunes of the team.

Jaipur Pink Panthers have won two matches. However, the team has been inconsistent and has lost the previous two matches. Maninder Singh and Nabibaksh got the better of the defenders in the previous match on most occasions but Deshwal inspired a comeback. However, a super tackle by the Warriors on the last raid inflicted a defeat on the Panthers.

The Bulls also made a comeback after they were training 18-13 at half-time to win the match 29-40 as they came up with an all-round performance in the second half.

The two teams have been part of the league since its inception and have won the PKL one time each.

The Pink Panthers have an edge in the rivalry winning 7 out of 13 encounters while the Bulls have won 5 matches. In the previous season, the Bengaluru-based franchise won both the matches by lodging comfortable victories of 41-30 and 41-34 in PKL 7.

Pawan Kumar Sehrawat: Pawan Kumar has not only been a great raider for the Bulls but his presence as a leader on the mat has been a big boon for the Bulls. He has scored 73 raid points this season and is one of the key reasons why Bengaluru are unbeaten in the last five matches.

Arjun Deshwal: In the previous match against the Bengal Warriors, Arjun Deshwal scored 16 raid points and that was one of the sole reasons why the Pink Panthers gave their opponents a scare. He has been on the mat for more than 80% of the occasions and he has been out in only 15% of the raids. 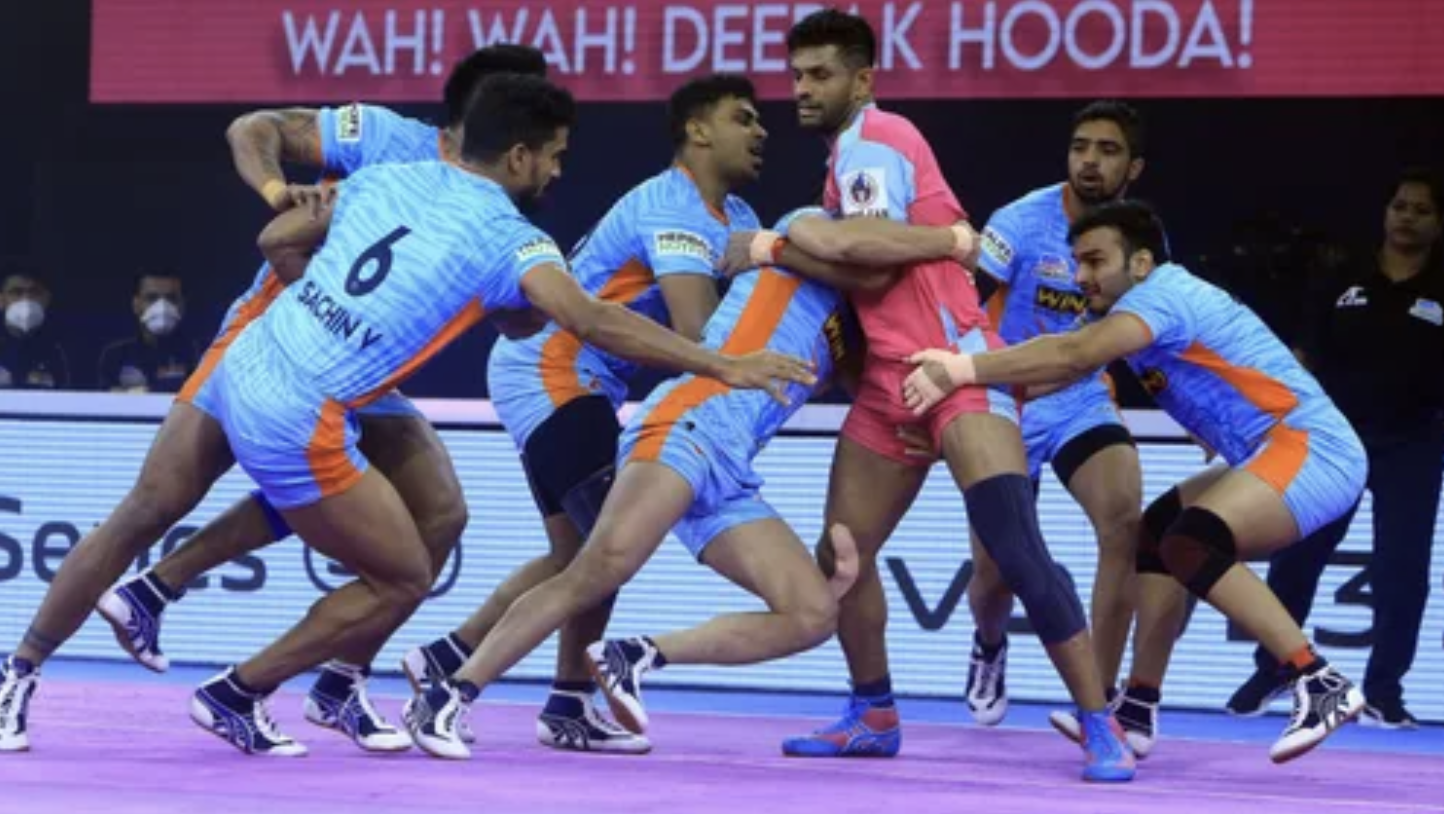 Bengaluru Bulls are one of the best teams in this season and seem like a well-rounded unit. Every match, the franchise has seen a player performing well complimenting Pawan Kumar Sehrawat and it will come as a major surprise if the Pink Panthers get the better of the Bulls in Thursday’s encounter.