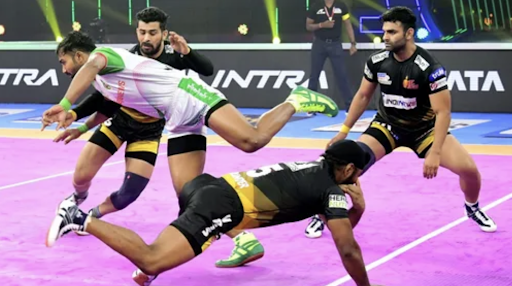 Dabang Delhi takes on the Telugu Titans in the 34th match of the Pro Kabaddi League Season 8 at the Sheraton Grand Convention center in Bengaluru on Tuesday. The two teams are unevenly matched on paper and have contrasting forms leading up to this match.

While Dabang Delhi is the only team yet to lose a match in this competition, the Telugu Titans have been winless in this edition of the PKL. So everyone knows what they can expect from this encounter.

Telugu Titans aren’t as bad a team as the points table suggests. But they need to make a huge leap in their defense against Naveen Kumar who is in the form of his life. It will be an uphill task for the Titans to stop Delhi’s high-flying raider.

Dabang Delhi isn’t really a flawless team in spite of the no wins in the competitions. Naveen Kumar’s spectacular run has hidden the defensive irregularities. Naveen was on the bench for the majority of the latter part of the previous match against the Tamil Thalaivas as Delhi squandered an 8-point lead of 28-20 to gift the match to the Thalaivas.

Telugu Titans have led in 4 out of the matches they have played so far but are unable to hold the lead until the final raid of the match. They have a couple of ties in addition to the three tied matches and they have grabbed a solitary point in each of the losses as the margin has been under two points.

Telugu Titans have dominated the rivalry with 8 wins from 12 matches in the PKL 8 so far. However, Dabang Delhi got the better of them on both occasions in PKL 7. Delhi won the first match by a slender margin of 1 point, 34-33, while the reverse fixture was owned by them by a scoreline of 37-29.

Naveen Kumar: For the Dabang Delhi, this season has been only about one player – Naveen Kumar. He has been the sole reason why the franchise hasn’t lost a single match this season and his performances have overshadowed the weakness of Delhi. He has scored 15,17,11,26 and 16 points in PKL 8 so far and has been the raider of the season. He is on a streak of 26 consecutive super 10s and the Titans can only hope that the law of averages catches up with him.

Ruturaj Koravi: Surender Singh has been underwhelming in this season while Sandeep Kandola is inconsistent for the Titans. Ruturaj Koravi is the only defender giving a fight to the opponent’s raiders on a consistent basis from the Titans’ camp. He scored 4 tackle points in the previous match against the Patna Pirates. 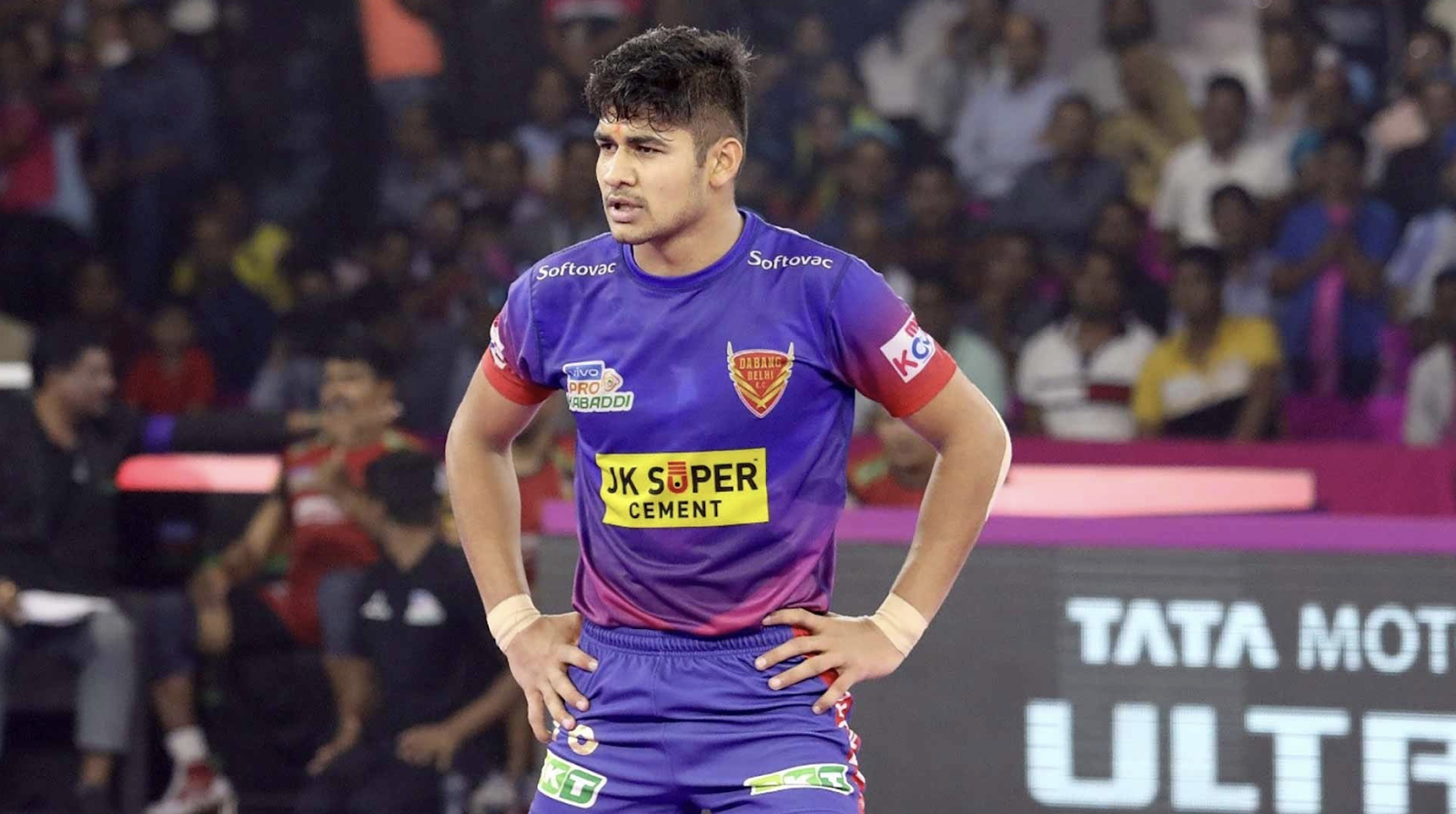 Naveen Kumar is averaging 17 raid points per match this season

The battle between the Titans and Dabang Delhi can be one of the most, if not the most, uneven clash of the Pro Kabaddi League this season considering the form of the two franchises. It remains to be seen if Delhi wins the match by more than 10 points.