The Patna Pirates will lock horns against the Dabang Delhi KC in a battle between the top teams at the PKL table. Both Patna and Delhi have been in great form so far this season and have managed to remain at the apex of the league so far into season 8.

Patna Pirates have been a very balanced side throughout the entire season as both their offense and defense have picked up points in their games. The Patna-based club is currently placed in second place on the points table with equal points alongside the Bengaluru Bulls, with a one-game advantage in their hands.

Dabang Delhi KC was in red hot form early in the competition but was thrashed by the Bengaluru Bulls to put an end to their unbeatable streak. The team bounced back strongly with a win in their upcoming game, but their over-reliance on Naveen Kumar could turn out to be a big issue for the franchise.

Patna is currently at the second position in the points table with 39 points from 10 games. The team has won seven of their ten games and had a big win over table-toppers Bengaluru Bulls in their last game. The team has been the best defensive side so far in the tournament, picking up an average of 12.43 tackle points per game.

On the other hand, Dabang Delhi is currently in third place on the points table with 37 points to their name from 10 games. Delhi has won six of their games, while the team drew and lost two games in their remaining four fixtures. Delhi has heavily focused on its offensive power this season with Naveen Kumar and Vijay Malik leading the team.

The Pirates and the Dabang Delhi side have clashed against each other on 12 occasions. The Patna-based club held the upper hand over Delhi on seven occasions while one game ended in a draw. 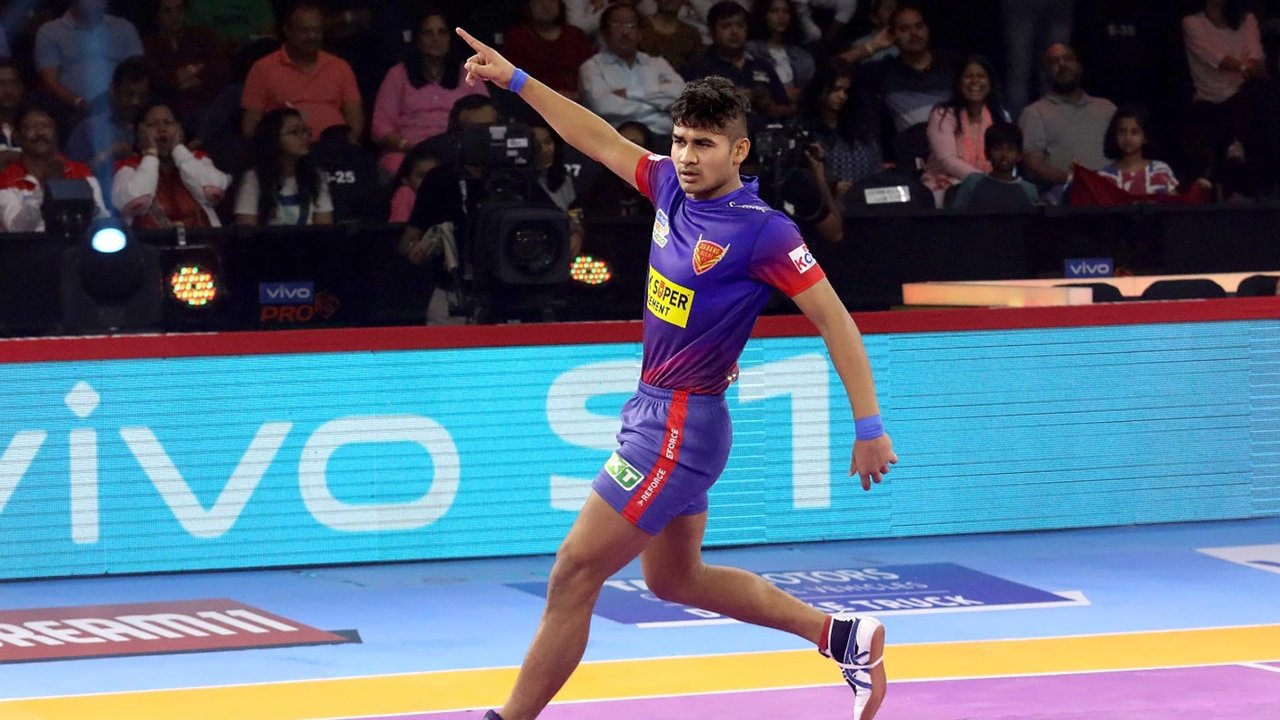 Naveen Kumar: Naveen Kumar has been the key to Dabang Delhi’s success this season. The star raider has been on a super hot run this season and could prove to be Delhi’s main weapon against Patna’s rock-solid defense. The raider seemed to have some issues with his knee in the last game and it will be interesting to see if he starts against the Pirates.

Mohammadreza Chiyaneh: The Iranian defender has been lethal this season. He has been the best defender for the Pirates so far this season and finds himself amongst the top five defenders this season. Chiyaneh has been a great challenge for the big names in the league and Naveen could be the next man on his list.

Patna is a balanced side when compared to Dabang Delhi, who have been extremely dependent on Naveen Kumar this season. The Pirates will come out on top against Dabang Delhi if they manage to keep Naveen in check. Hence, we predict a victory in the favor of the Patna Pirates considering the current form of their defensive unit.