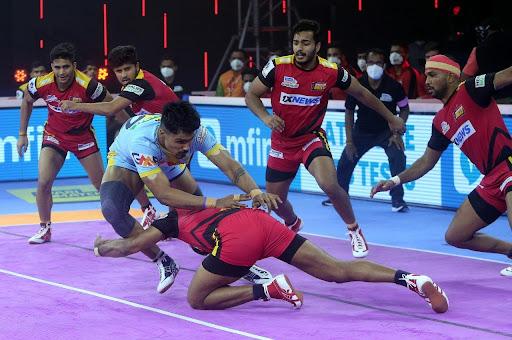 Dabang Delhi currently finds themselves atop the table with nine wins from fifteen games and 53 points. Delhi is on a two-match winning streak currently and will look to continue their strong run.

Bengaluru Bulls, on the other hand, managed to comeback with a much-needed win last time out. They have only two wins in their last five matches but with nine wins from seventeen games, they are currently placed second on the table.

When the two sides met in the reverse fixture earlier this season, it was the Bengaluru Bulls that emerged victorious and Delhi will be keen to avenge their defeat while the Bulls will eye a double over their title rivals in the ongoing PKL season.

Dabang Delhi began their campaign with a tie against Gujarat Giants before registering a 52-35 win against the Bengal Warriors. The team since then has been on a good run and beat U Mumba 36-30 last time out.

Bengaluru Bulls, meanwhile, did not enjoy a good start facing a loss in their season opener against U Mumba. However, they bounced back against Tamil Thalaivas in their very next game with a 38-30 win.

The Bulls have lost three of their last four games before finally managing to get back to winning ways against UP Yoddha in the previous encounter, beating them 31-26.

Pawan Kumar Sehrawat has been in top form this season and once again was seen at the top of the action, picking up nine raid points. He got good support from Bharat who picked five raid points. The Bulls’ defense too was on the charge with Aman leading the show with six tackle points. Saurabh Nandal, Ankit, and More GB also gave in their contributions. 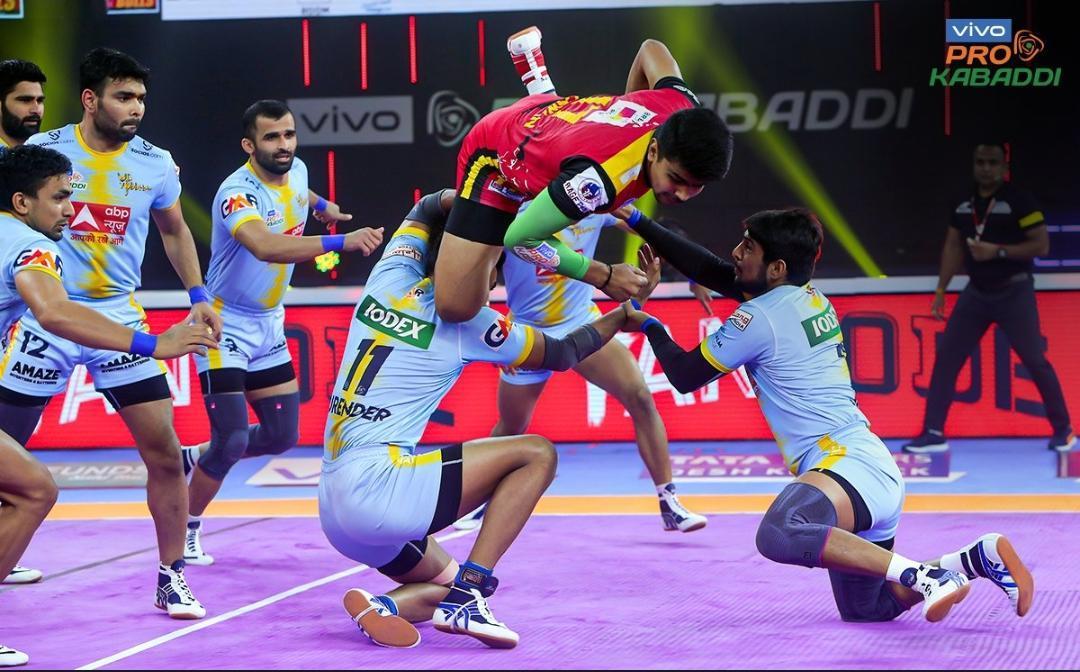 Dabang Delhi and Bengaluru Bulls have faced each other on fifteen occasions. Dabang Delhi have won on eight occasions while the Bulls have managed to beat them on six with one game ending in a tie.

Both teams will look to carry on with the momentum from the previous game and win this high-profile fixture. When two top teams go head-to-head one sure can expect some interesting clashes while predicting a clear winner is ever easy.

Delhi is on a two-game winning streak in comparison to Bangalore’s one and thus might have a small edge in this fixture.