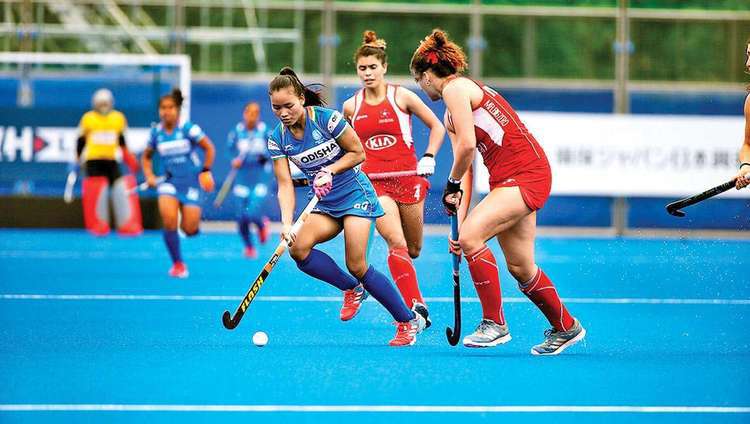 The striker of the women’s national hockey team of India, Lalremsiami expressed her opinion about the results of the training camp. She believes that four months of training brought a good result, and the whole team achieved its goals.

Lalremsiami is an outstanding player. She was accepted into the Indian team when she was not yet 18 years old. Among her achievements are many tournaments in which she brought her team goals. She was part of the senior team at the Asian Cup in 2017. Then the team won and won gold. The following year, at the Asian Champions Trophy, she was also part of the national team. Then they managed to win silver. When Lalremsiami was 18 years old, she played for the Indian national team at the 2018 World Field Hockey Championship. That year, she was the youngest game to represent India in a world competition. At the World Cup, the team went to the quarterfinals, but could not beat Ireland. That time they took eighth place. An important stage in her career was the Asian Games in Jakarta. At these competitions, the hockey player earned four points for the team. Throughout the tournament, the team showed a high level of play. However, after good performances, the team could not win against Japan. The match ended with a score of 1:2. Following the results of this tournament, Lalremsiami became the first hockey player born in Mizoram to win a medal at the Asian Games.

The athlete does not deny that this year was extremely difficult for sports and the team, but she believes that now the whole team should think about the results of this year. There were many difficulties caused by the pandemic, but good points can be found everywhere. Lalremsiami was able to temper her character during this time and realized many things. Also, thanks to this four-month of training and life in isolation, the team has become stronger and more cohesive.

Due to a long break during the outbreak of the epidemic, classes in the training camp took place in an enhanced mode for all four months. To achieve the necessary result, a special training plan was developed that increased their effectiveness. The team is certainly pleased with the results, and also hopes that at the 2021 tournaments it will be able to show a good level of play. It is victories at the championships that will show how effective and effective these months of training were. Also, future matches will be able to show how ready the team is for the Olympic Games in Tokyo.

The forward of the women’s team also expressed her joy in helping families who fell into a difficult situation due to the epidemiological situation. After the pandemic began, when the whole country suffered huge losses, and many families were left without funds for food and housing, the women’s national team began raising funds. The entire team actively participated in this action. As a result, more than 1000 families were helped, who found themselves in a difficult situation due to the pandemic.

“A few weeks after the first wave of the pandemic, we realized that the situation in the country had deteriorated greatly. Many people lost their jobs. They did not have enough money to feed their family. Then our team decided to help these families. For us, this was the first experience that allowed us to show our active social position. The whole team, without any doubt, agreed to help. We received tremendous support from the entire hockey fraternity. It was because of this that we were able to help more than a thousand families. For me, this was the most important event of this year, “

says the forward of the national hockey team of India, Lalremsiami.