Jarmanpreet Singh announced his plans for the Tokyo Olympics 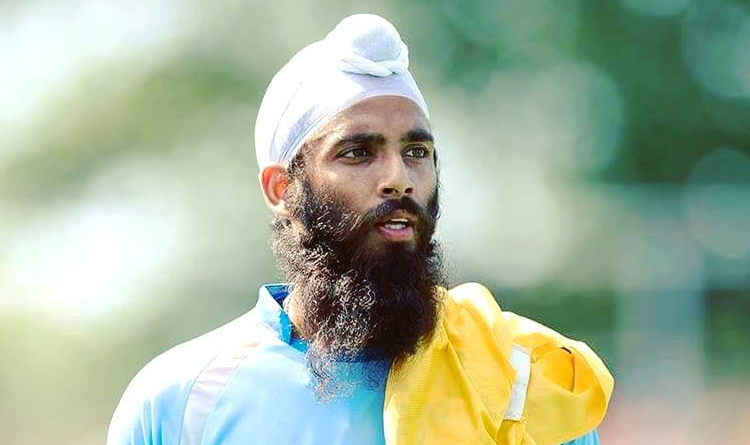 Jarmanpreet Singh is the twenty-four-year-old defender of the Indian national hockey team. Over the past two years, he has become a bright star of Indian hockey. The beginning of his career was auspicious, but he is given a great responsibility due to his achievements.

At the moment, his main goal is the Odempi Games in Tokyo in 2021. He is incredibly determined to win a place in the team, focusing on training and improving the game. He does not deny that this year was challenging for everyone, but he rejoices in every new achievement. He is glad that the Olympic Games very soon and very much awaits them. Jarmanpreet Singh is confident that he and his team will receive a medal at the Olympics. His main goal is gold.

Jarmanpreet noted the efforts of Hockey India. He believes that the organization has tried well. All players were provided with all the necessary conditions. Therefore, the athlete thinks that the best thanks will be a good result at the world’s leading tournament. He analyzed the whole situation, so he does not doubt that the Indian national hockey team has a great chance to show itself in Tokyo. Therefore, now the main issue remains the holding of games. After this year, everyone is anxious whether the event will take place this time, how it will be held, whether everyone will have time to prepare.

Even before the pandemic began, the Indian hockey team successfully played matches at the international level. The team played with worthy opponents. Among them were world champions – the national hockey team from Belgium. Everyone was looking forward to new matches, but it was necessary to cancel all partners to protect the games, the organizers, and everyone else due to the epidemiological situation. However, Jarmanpreet Singh is pleased now even with the opportunity to play at the local level. He understands that this is also a significant experience. During this period, without departures and international tournaments, the team became very close. Players were able to study each other’s playing technique in more detail, which led to an understanding between them. This is a crucial stage on the way to improving the hockey skills of athletes.

Thanks to such a lull in the team’s active activities, they could think about everything together. They managed to set goals for the next couple of years, which plays a significant role in bringing the team together. After all, when the whole team goes to the same goal, they are more vital than ever. Now the team is focusing on maintaining their health and physical activity.

Jarmanpreet has been part of the national hockey team of India since 2018. In his first tournament, he received a silver medal. It was the Champions Trophy, where the Indian team lost to Australia. The championship in 2018 was held in Holland. In his second international tournament, he received gold. It was the Asian Champions Trophy in Muscat (Oman), it was also held in 2018.

Jarmanpreet is very proud to be part of the Indian team. Even when he was very young, and his hockey career was beginning, Jarmanpreet Singh dreamed of representing India at international competitions. He could not dream that in the first two tournaments, he would stand on the podium. This is a story that you can certainly proudly tell your grandchildren.

The player is very responsible for his role in the team. He does everything that depends on him so that the team is successful and wins essential tournaments. It is important that he understands the full importance of coaches’ advice and tries to follow them.