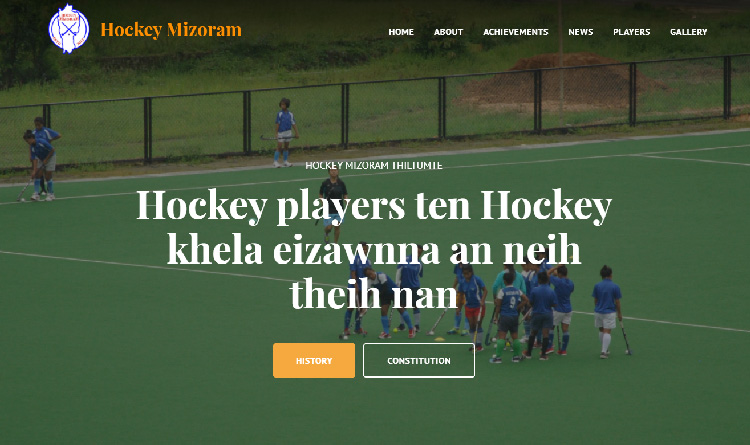 Hockey Mizoram has launched its official website on Wednesday, 07 October 2020 for better functioning as a State Member Unit. The new website will include the most advanced information on Hockey Mizoram’s efforts to develop hockey in the state.

It will also include basic information about all Hockey Mizoram players.

As a major step towards dematerialization and data provision, Mizoram players, coaches, and technical officials will be registered via the website.

“The Hockey Mizoram website will be a one-stop destination for all fans and players to find documents regarding the constitution, annual reports, audit statements and information regarding all organs of Hockey Mizoram district as well”

The Sports Minister said that since hockey is played with enthusiasm by many young people in Mizoram, the state government is also taking the initiative to construct a hockey field in Lunglei Salem Veng.

Hockey Mizoram’s achievements in the national circuit and individual state players’ success on the international stage will also be listed on the website.