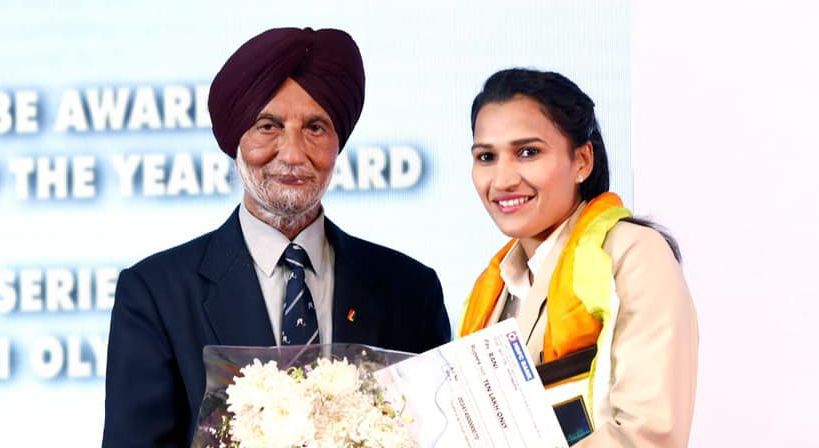 Despite the contradictory situation in 2020, the Indian women’s national hockey team achieved a lot. Last year was a difficult test for them, which they boldly passed together.

2020 for the women’s team began with great disappointment. After the rapid spread of the virus around the world, a critical situation came. There were many cases and significant risks for those who remained healthy. Due to the problematic epidemiological situation, all sporting events were cancelled, and the teams were sent home. For athletes around the world, it was a shock that the Olympic Games were cancelled. The women’s hockey team also counted on these competitions. They put a lot of effort into raising the game level and having a chance to win. But fate ordered otherwise.

After such news, it was difficult to believe that 2020 will bring success in a sports career. However, Hockey India did a great job and created all the necessary conditions to return to the field. Of course, no matches were held, but the hockey players had a chance not to lose what they had been working on for so long. Training plans were developed to achieve the same results as soon as possible. Thanks to coaches, teams, and employees’ unpalatable work, excellent results were achieved in fitness and teamwork.

The women’s team did a lot of work not only on the field. All the girls showed themselves as kind and responsive people. They held several charity events this year. They did not remain indifferent to the families that were affected by the virus epidemic. In India, many families were left without a livelihood after the massive infection and crisis. Hockey players held an action and raised money for 1000 families. This money allowed to provide three meals a day for the victims. It became a good life lesson and experience for sportswomen. Each of them considers this the most outstanding achievement in a year.

Also this year, members of the women’s team won many awards. Their skipper was awarded the Rajiv Gandhi Khel Ratna award. This is important not only because of the prize’s value but also because she became the first female hockey player to receive it. Rani Rampal also won the Hockey India Dhruv Batra Player of The Year award. This award was presented to her at the 3rd Hockey India Awards. Young hockey player, striker, Lalremsiami became the Best Upcoming Player of the Year. She received the Asunta Lakra Award. One of the most talented hockey players of the team, Neha Goyal, did not stand aside. She was awarded the Ajit Pal Singh Award. She received the award in the Midfielder of the Year nomination.

These awards have become an essential part of the career of girls. However, throughout the year, they did not forget about their primary goal. Although the Olympic Games did not take place in 2020, they were postponed to 2021. The team wasted no time. Under the guidance of their coach, they were engaged for four months in a national sports camp. All this time, they did not go anywhere and were completely isolated. Athletes could not even meet with the family. It was a difficult period, but hockey players survived it with dignity.

Summing up the year, everyone noted that they were satisfied with their results, especially in the current situation. They do not intend to give up and, as soon as international matches begin, they will work even more challenging. The main goal is still gold at the Tokyo Olympics.