Who will be the next Manchester United manager? Introducing the latest info about the main contenders

During the international break, Manchester United accelerated their search for a new coach. During this period, club bosses plan to talk to the main candidates. Ajax coach Erik ten Hag, Mauricio Pochettino, Spanish national team coach Luis Enrique and Julen Lopetegui of Sevilla are all featured in the media.

Since Sir Alex Ferguson stepped down in 2013, seven people have been at the helm of Manchester United: four permanent appointments and three temporary or provisional.

But for nine years in a row, many fans and the entire public community cannot understand: Why is Man Utd perpetually haunted by crises and poor results? The club spends a lot of money on seemingly unjustified transfers. However, the managers never manage to touch the main coveted trophies: the EPL and the Champions League. In 11 years, 1.3 billion pounds have been spent on transfers, and the maximum in the UCL was getting to the 1/4 finals. 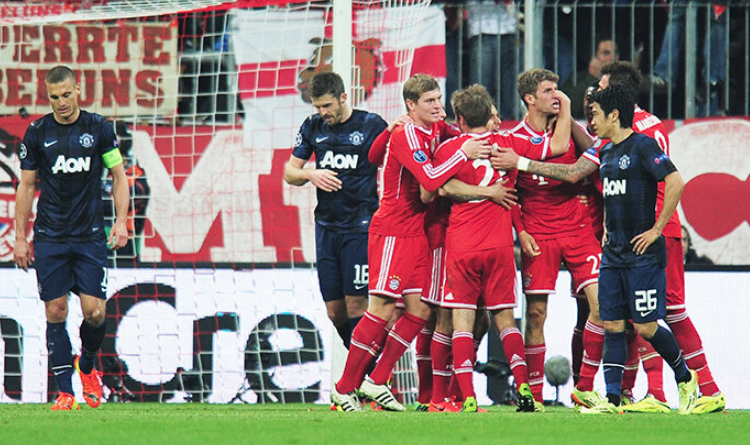 MU was stopped by Bayern Munich – a draw in England and 1:3 in Germany

And recently another coach had been fired, Ole Gunnar Solskjær was pinned great hopes on. The interim coach is not really up to the task, all the success is due to the personal skill of the team’s players, of which Cristiano Ronaldo alone is worth. The club is still experiencing a certain crisis, knocked out of all competitions and trying to cling to 4th place in the table.

“If you’re paying a lot of money for players, why not invest in the coach as well? I don’t care about his current contract! If you think this is the right coach for United, go get him!”

said Roy Keane after MU’s recent elimination from Atletico, noting that the club spends a lot of money every year, but not in the right way:

Who can help Merseyside to swim out of this abyss?

On Monday, MU held an interview with Erik ten Hag. And insiders say the Dutchman made a good impression.

It has been said that the 52-year-old`s lack of English is a problem, but this meeting showed that the language level is improving, and that impressed the Man Utd bosses. The coach expressed the hope that soon he will try himself in the English Premier League.

Of course, the language is only one of many factors when it comes to the choice. According to a reputable publication, the club’s management are also satisfied with the philosophy and vision of Ten Hag (Ferguson’s successor, Louis Van Gaal, by the way is a compatriot of the candidate).

According to reports, last year Erik had failed to impress the management of Tottenham (the club was then looking for a replacement for Jose Mourinho for a long time). It is claimed he lacked charisma, plus London were surprised by his intention to bring in just one assistant. As a result, the position was taken by Portuguese Nuno Espirito Santo (who was fired shortly thereafter).

The process of finding a coach is led by MU technical director Darren Fletcher and sporting director John Merto. The club wants to settle the matter as soon as possible, but Fletcher and Merto have not been given specific deadlines.

According to The Telegraph, Ajax will be compensated approximately €5 million. Ten Hag’s contract with Ajax runs until the summer of 2023, but United’s good relationship with the Dutch club and its chief executive, Edwin van der Sar, will make it possible to find a solution.

Ten Hag himself was interested in United’s transfer budget and future plans during the meeting. At the beginning of March, it was rumored that the club intended to spend around £80 million on newcomers in the summer should they qualify for the Champions League. If that does not happen, then Red Devils` budget will drop to 50 million pounds. Now Ralf Rangnick’s team occupy sixth place – four points away from fourth place in the Champions League (however, Arsenal, which have played one game less, have a bit advantage in this race).

Another British publication writes that one of the Dutchmen who played for the club – Robin Van Persie (they have the same agent as Eric), Jap Stam and Ruud Van Nistelrooy – could become Ten Hag’s assistant. Also, Ten Hag intends to take Ajax assistant Mitchell van der Gaag to England.

Another iconic name for Man United, Rio Ferdinand, is also flashing in the media. 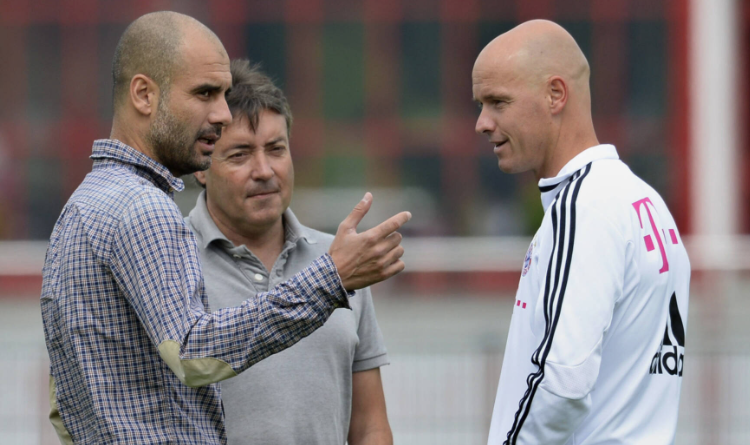 Ten Hag’s Ajax are currently leading the league. The team has an insane goal difference of +67. In comparison, PSV has +37 and Feyenoord has +34. The coach has set up a very solid football and is raring to go for a third title at the head of the Amsterdams, after which there is an opportunity to turn the page nicely and go to a more competitive league.

However, United have not yet made a final decision.

The club recently distanced itself from rumors of a possible cooperation with Thomas Tuchel. Chelsea are currently in trouble because of sanctions, but Tuchel seems ready to survive this difficult time with the Londoners.

At United, it is also understood that the first step for the new Chelsea owners will be to retain the German. A United source earlier said that they have four candidates on their shortlist. Of the candidates that have sounded before – Ten Hag, Mauricio Pochettino, Julen Lopetegui, Luis Enrique – the latter has a Champions League trophy, by the way.

For a long time the number one was Pochettino, but after news of Ten Hag’s successful interview, the Dutchman pulled ahead.

“Personally, I would have chosen Pochettino, but Ten Hag is by a margin the favorite among United fans. It’s obviously a choice between the two of them.”

And yes, it’s not yet very clear what role Ralf Rangnick will have next season. The contract of the current coach expires in the summer, after which the German was expected to be offered a position at the club.

However, MU are unsure what he will be doing. It is believed that Rangnick is unlikely to focus on any operational activities. Most likely, according to sources, he will provide expertise as an independent consultant.
Don`t miss out 👉: Financial fair play (FFP) overhaul and expected impact of the new rules: revealing details