Wales vs Netherlands: Preview and Prediction  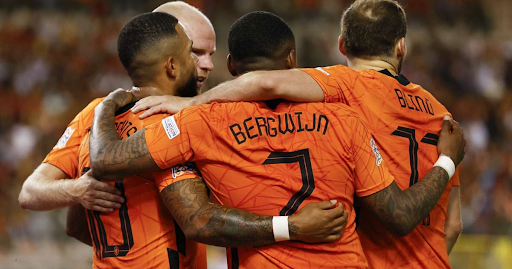 Wales will take on the Netherlands on the second matchday of 2022-23 UEFA Nations League Group A4 fixtures. Both teams have had a contrasting start so far and their current positions in the table can testify to it.

The Netherlands began their season with what was expected to be a tough game against Belgium, but in reality, it turned out to be a surprising walk in the park. Louis van Gaal’s team secured a 4-1 victory against Roberto Martinez’s men and is currently occupying the pole position in their group.

On the other hand, Wales did not get the start they would have wanted as they lost their first game against Poland by a 2-1 margin. That being said, The Dragons will be in seventh heaven coming into this fixture, as they recently secured their place in the 2022 FIFA World Cup by beating Ukraine in the UEFA qualifiers playoffs.

The Netherlands had a campaign to forget in the 2020 UEFA European Championship, where a shock defeat against the Czech Republic in the round of 16 eliminated them from the competition. However, they have made a stunning comeback since that heartbreak.

Oranje has not lost any of the ten matches they have played since the Euro exit. They have won seven of those matches – against Montenegro, Turkey, Latvia, Gibraltar, Norway, Denmark and Belgium, and have drawn three fixtures – against Norway, Montenegro and Germany.

Wales, on the contrary, do not boast of such spectacular records, but it has to be said that Rob Page’s team has done fairly well in their recent fixtures, and at times, they have punched above their weights. Barring that 2-1 defeat against Poland we mentioned previously, The Dragons have not lost any of their last 11 fixtures.

They have won five of those games – beating Belarus twice and Estonia, Austria and Ukraine once in the process. The other five fixtures, against the Czech Republic twice and once against Finland, Estonia and Belgium ended in stalemates.

There is absolutely no competition between these two sides if we consider the head-to-head records. The Netherlands and Wales have locked horns on eight occasions previously, and Oranje emerged victoriously on each of those occasions.

The last meeting between these two teams was back in 2015, which ended 3-2 in Netherlands’ favour. Arjen Robben netted a brace for them and Bas Dost scored the other goal, whilst for Wales, Joe Ledley and Emyr Huws got their names on the scoresheet. 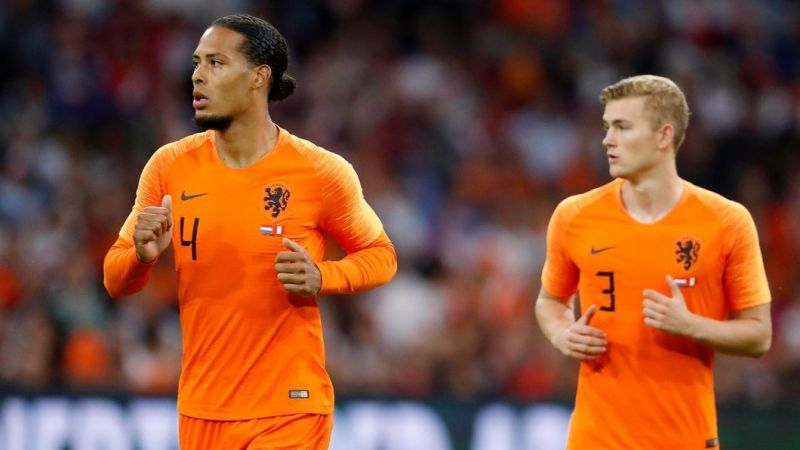 Van Gaal will have a fully fit squad to pick his starting XI from, barring only central defender Virgil Van Dijk, who has been granted an early leave after what has been a hectic season. Given that they won their last match 4-1, there is no reason for the veteran manager to change his winning combination, but it has to be taken into account that Oranje will play three matches in one week.

Hence, we could see a new-look line-up for this game. Matthijs de Ligt will be the like-for-like replacement of van Dijk, while Nathan Ake could make way for Stefan de Vrij. Veteran left-back Daney Blind might be handed some much-deserved rest by slotting youngster Tyrell Malacia in his position, and upfront, Wout Weghorst could partner Memphis Depay at the expense of Steven Bergwijn.

Similarly, Page will have all of his players fit and available for this game, but with the tickets to Qatar already secured, he can afford to give his star players their hard-earned days of relaxation. To begin with, goalkeeper Wayne Hennessey could be replaced by the Leicester City custodian, Danny Ward.

Chris Gunter and Chris Mepham could be included in the backline at the expense of Ethan Ampadu and Joe Rodon, whilst Jonny Williams and Joe Morrell could come in place of Joe Allen and Aaron Ramsey. As for Wales’ attacking contingent, Gareth Bale and Kieffer Moore are likely to be benched, with Harry Wilson and Brennan Johnson coming in their place.

Though both teams will be buzzing with confidence coming into this match, head-to-head records highlight the gulf in class between them. Hence, we have predicted the Netherlands to secure all three points from this fixture, but at the same it, it also has to be taken into consideration that both managers are likely to make wholesale changes to their winning combination, which adds an element of uncertainty to this fixture.