Real Madrid legend Marcelo who at the end of last season ended his association with the club after 15 years is currently a free agent with several clubs looking at the possibility of landing the 34-year-old.

Marcelo arrived at the club from Fluminense in the January winter transfer window of 2007 as an 18-year-old and won 25 trophies during this period including six LaLiga titles and five Champions Leagues titles. The Brazilian assisted 78 times and found the back of the net 31 times in 420 appearances (La Liga + UCL).

With everyone looking to see where the left-back could play in the 2022/2 season, we at Parimatch News take a look at five clubs where Marcelo could play next season.

Turkish outfit Fenerbahce is understood to have made a format approach with the 34-year-old. The Brazilian is keen on Champions League football and the Turkish side has made it to the next edition, making it among the possible destinations for Marcelo.

The club is one of the most successful and well-supported football teams in Turkey and Marcelo’s addition as a big-name player will also benefit the club. The 28 times national champions have failed to get their hands on the league title since the 2013–14 season and will be looking forward to getting their hands on the coveted trophy.

Another club that Marcelo has been linked to is French outfit Olympique Marseille with the team coach Jorge Sampaoli said to have requested the club to try all possibilities to sign the player.

The team is often seen adopting the strategy of building from the back and a standout defender like Marcelo will help the team not just in the build but also in the press.

While it is given to understand that Marcelo prefers to stay in Europe and play in the Champions League, the US is also among the top destinations for the left-back. The MLS has always attracted star players and LA Galaxy will be looking to lure the player.

The US side is currently fifth in the Western Conference table and has the second-best defensive record in the conference and will be hoping that Marcelo’s addition can give them an additional boost. 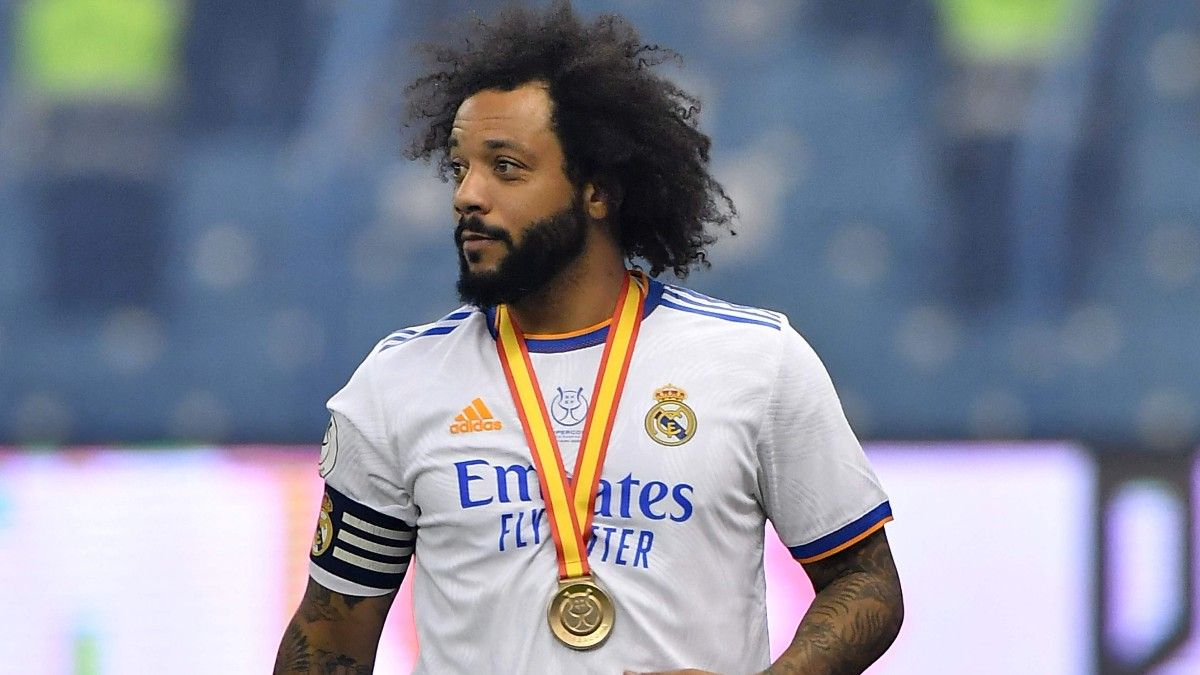 Marcelo could play in the La Liga in the upcoming season

News reports from Spain had mentioned Real Valladolid president Ronaldo Nazario’s dream of bringing two big names to the club this summer in the form of Marcelo and Dani Alves. Talking about Marcelo, while the Brazilian might not have put on the same high-performance levels in recent times, he still is a seasoned campaigner with lots of experience in the bag.

Real Valladolid is back in the La Liga this season after spending last season in the Segunda Division and will look to strengthen their defense as they look to stay up in the La Liga.

Marcelo has been receiving offers from several clubs in Saudi Arabia, Qatar, and the Middle East but as things stand it is his least preferred destination also given that Europe still stands as the most preferred choice for the Brazilian, who looks to play in a more competitive level.

If the 34-year-old decides to move to Saudi Arabia or Qatar, he would need some time to adjust to the conditions, something that won’t be much of a problem relocating anywhere within Europe given the living conditions and other aspects.

While the player’s next destination is yet to be finalized, anywhere he goes, the left-back will bring a ton of experience to the side and will be a vital cog in the dressing room.