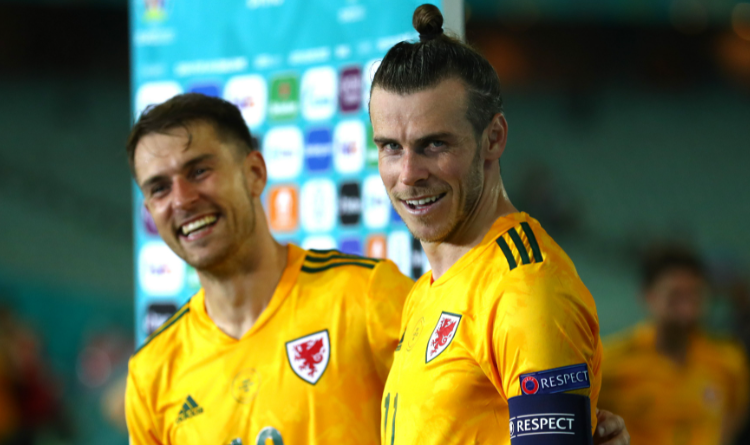 Wales national team #10 Aaron Ramsey and #11 Gareth Bale are both over 30, but nothing stops them from being in great shape

Gareth Bale missed a penalty but made two assists to recover, helping Wales to get three points after the 0-2 win over Turkey in their second Euro 2020 match.

Juventus midfielder Aaron Ramsey scored the first goal of the match in the 42nd minute after Gareth Bale terrifically passed him from the depths.

After a scuffle and a number of yellow cards, in the 95th minute Connor Roberts, who was also assisted by Bale, put the game to bed.

In this meeting Bale himself missed a penalty – the Welshman became the first player in 21 years to miss the goal from the 11m spot. Former Spain and Real Madrid forward Raul was the last player to miss the target at the Euros, back then, it happened at the end of a quarter-final game against France (1-2).

Gareth is fond of golf, social media users did not miss the opportunity to joke:

Star of the Match 31-year-old Bale shared his thoughts after the match:

“We fought hard, worked our socks off. I missed a penalty but I feel I showed good character to keep going. That second goal was the icing on the cake.”