The ex-captain of Atalanta Papu Gómez will not stay in club after the fight with Gasperini. What was the problem and where to go next? 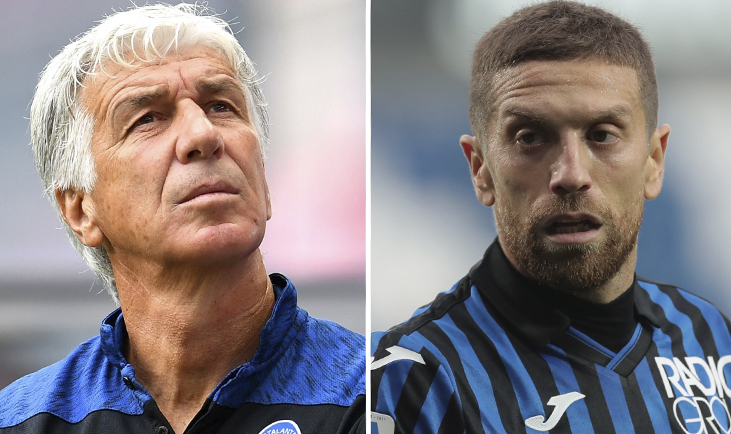 On January 4, the transfer window opened in Spain and Italy – from that moment all the top leagues are ready for transfers.

Indeed, the winter market is not particularly busy even in normal times, and with the ongoing pandemic and financial problems it is difficult to expect record transfers at all.

Winter is the time of rentals, inexpensive purchases and rare exceptions. However, something interesting is sure to happen.

In December, the quiet life of Atalanta from Bergamo was suddenly shaken by a quarrel between Gian Piero Gasperini and the captain, locker room leader Papu Gomez.

They argued right at halftime of the Champions League match against Denmark’s Midtjylland. Sources report that the сonflict appeared over the scheme and tactics. After that, the Argentinian midfielder did not play in the second half.

One source, allegedly based on audio recordings from the locker room, reports that after the match, the coach and the captain fought in the locker room. The men shouted a lot and it came to a fight. Ilicic defended Gomez.

Immediately after the match, the coach resigned, but it was not accepted.

Atalanta has never denied the reports of the fight – another argument in favor of the truthfulness of this story. The incident is confirmed by several other sources.

Here’s what Gasperini said about Gomez’s removal from the squad:

“The decision was made because I need to find a different type of team. We were struggling at that moment and Gomez was not adapting to the changes, he was suffering in midfield, whereas Remo Freuler helps out a lot more. We had made the changes in other seasons too, but at the time, the decisions were accepted more than now. And I’m upset that Ilicic was dragged into this case. He has nothing to do with the conflict”

Ex-captain recently responded by posting 12 stories with screenshots on Instagram proving that he could play anywhere and be useful.

Gomez claims he will divulge the true nature of recent events if he does indeed end up leaving, as he told his followers:

“Dear fans, I’m writing to you here because I have no other means to defend myself or talk to you. I just want to tell you that, when I leave, you will know the truth about everything. You know me well; you know who I am. I love you, your captain.”

The conflict seems to be unresolvable and the winger is now expected to be sold in January.

Everything becomes certain after the statement of the club president.

“The Papu case? No, look, we have already talked enough, the subject is closed – end of,”

“Gasperini for life. And not just him, the whole structure. This organization, thanks to the great work of my son Luca as well, is giving us great results.”

As for the new club, it was recently revealed on the website of journalist Gianluca Di Marzio that the player will not be allowed to move to the camp of a major Serie A rival. So Inter and Juventus, as well as Roma and Milan are out of business.

Still, Atalanta wants to sell him to a low-mid-ranking club from the domestic league. This, however, is not currently being considered by the player.

Liverpool was also actively interested in the player in 2018. Now it is not clear whether Liverpool will take advantage of the opportunity, as they need funds to overcome the crisis at the defender’s position.