The Europa League quarter-finals digest. Ex-Arsenal Emery versus Arteta and Man Utd versus Roma in semis. Who is the favorite? 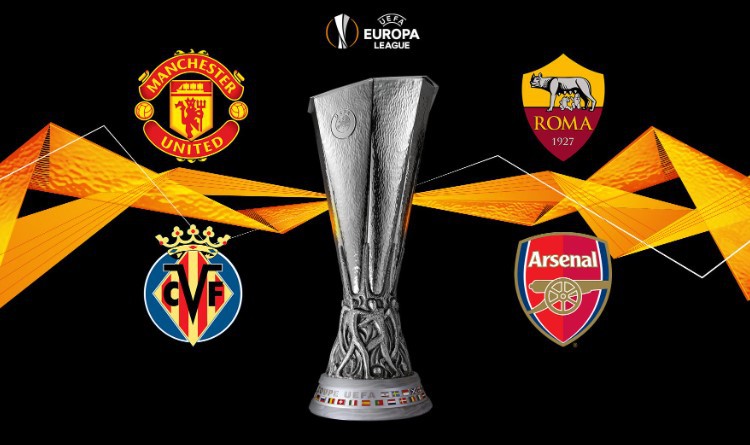 Will Emery’s Villarreal take revenge on Arsenal? Manchester United against Rome, what to expect? The UEFA Europa League semi-finals will delight fans. Who will take the trophy? The first legs will be played on April, 29 and returning legs – May, 6.

To get to know the contenders for the trophy better, let’s find out how they got this far. A digest of the quarter-final matches:

The Spaniards are sluggish in La Liga, occupying 7th position in the table. However, Unai Emery’s club have been fairly successful in the Europa League as they managed to beat Salzburg, Dynamo Kyiv and Dinamo Zagreb in the play-offs.

Now, Villarreal will face Arsenal, which, despite being favorite before the meeting, could easily be knocked out.

“First of all, I’m used to meeting ex-teams so playing Arsenal, where I coached, is nothing new as an experience. We’ll face up to it with humility, pride and responsibility. This is a chance to establish Villarreal on the top rung of European football. This is Villarreal’s fifth semi-final in Europe and, personally as a coach, it’ll be my sixth across Sevilla, Arsenal, Valencia and now here. It shows we are capable, it makes us proud but I re-emphasise that we have to ‘feel’ the experience. We really need to go out and enjoy it.”

said Emery after their quarter-final victory.

Manchester United easily beat Granada 4-0 to reach the semi-finals of the Europa League, where they will play against Roma. English club reached this stage for the second consecutive season and are the favorites to win the tournament.

In the last five years, United have reached the Europa League semi-finals three times. The club won the trophy in the 2016/17 season.

In the 2019/20 season, United lost the semi-finals to Sevilla (1-2), back then it was required to play only one match at this stage.

Boss Ole Gunnar Solskjaer on playing against Roma in the semi-final:

“I’ve not seen too much of them. I knew they played two good games against Ajax. They defend well, as Italian teams always do. We all know Edin Dzeko so every ball into the box is a dangerous one. We are looking forward to it. We’re in the semis. It feels like a proper European tie because Roma is a club with lots of history. We’ve done well against Italian sides before. If we can finish the season with a trophy that’d be great.”

Arsenal had tough play-offs and managed to get past solid Benfica (4-3), Olympiacos (3-2) and Slavia Praha.

Despite a rather difficult first match against the Czechs, the Londoners thrashed the side of Jindřich Trpišovský in the first 30 minutes of the second match. A convincing win will definitely give momentum to Mikel Arteta’s team, who was recently given the ultimatum “win the Europa League or be sacked”.

“The boys were really at it from the start. We won in a convincing way, so credit to the players. We started really well and were aggressive in our high press. We looked a threat all the time. I really like the reaction of the team to the goal being disallowed.”

Arteta told after the match.

On the semi-final matches:

“It will be really tough and Unai Emery is probably the most successful manager in this competition.”

Arsenal player became the player of the week:

The Romans beat Braga, Shakhtar and Ajax to try and win the trophy. The task is difficult as they face the fearsome Manchester United.

Roma’s previous European semi-final was in 2017/18 (they lost to Liverpool in the Champions League). Before that, there was a huge break that had gone on since 1991.

Man of the Match Dzeko said:

“We can play against anyone. We have not had an easy path to this point – Braga, Shakhtar Donetsk and now Ajax. We are going up against another big team with a big name, but we have to give everything we can to try and reach the final.”

“We need to focus on what’s ahead. We are in the semi-finals of the Europa League. There are a lot of young guys who will be playing in a massive game for the first time. We need to enjoy ourselves – it’s not every day you get to play at Old Trafford.”

Team of the week: