Smith Rowe and Auba lead Arsenal to the 4th round, Man Utd get through Watford 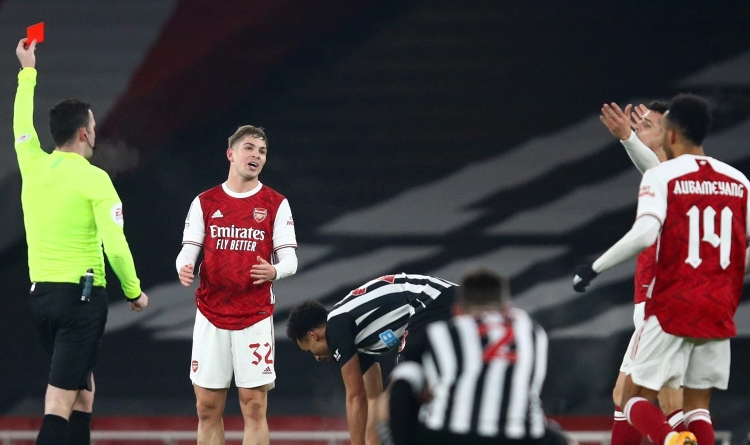 Both Arsenal and Newcastle United had goal chances during normal time but visitors were closer to open the scoring at Emirates. With two minutes of normal time to go, Newcastle players created a perfect opportunity for the striker Andy Carroll, yet Bernt Leno superbly saved his shot from the six-yard box.

As the match drifted towards full time, 56th-minute substitute Emile Smith Rowe saw red after a foul on The Magpie’s midfielder Sean Longstaff. After a VAR review, referee Chris Kavanagh overturned his sending off to a yellow. In the 109th minute, visitors lost possession, and Smith Rowe turned Lacazette’s pass into the opener. In the 118th minute, Kieran Tierney’s cross set up Pierre Emerick-Aubameyang for the second goal.

Unlike at Emirates, Manchester United’s clash against Watford saw an early goal. After a couple of efforts came from the left wing, won a corner for Alex Telless to assist Scott McTominay who headed past Daniel Bachmann in the 6th minute. Watford’s defender Adam Masina had a chance to equalize quite soon, but his shot was blocked by the goalkeeper Dean Henderson. Should Juan Mata use a brilliant chance, it could be 2-0 for Solskjaer’s side before half-time. United could also score a hatful in the second half, but Bachmann blocked shots by Daniel James and Marcus Rashford.

Some other FA Cup’s third round results: