Serie A Referee Head: “We could soon make communications between referees public to remove any doubts” 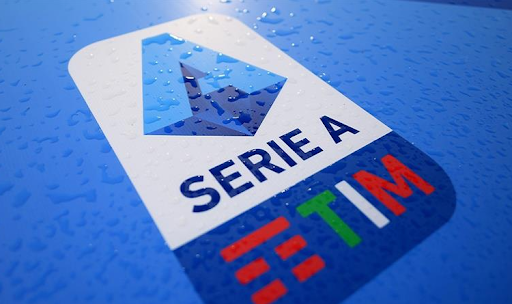 The logo of the top-flight Italian championship

Gianluca Rocchi from the Italian Referees Association reveals that talks between referees and their video assistants will soon be available for everyone to listen to, possibly even during the match.

During the international break, Italian football authorities discussed various important aspects of refereeing in Serie A and other leagues on the radio due to the heightened controversy surrounding VAR.

Alfredo Trentalange, the president of the AIA, said:

“We can and must improve. We have to explain, not justify. I think we have to move towards specialisation, both those on the field and those at VAR. We are willing to experiment. The fact remains that the on-field referee, who must have centrality, and the referee at VAR will both have great importance. The system is there to eliminate big mistakes and big injustices, but we would like to arrive at two entities of referees, one on the pitch and one in the VAR room.”

In essence, the concept is to make refereeing in Italy more transparent, and the prospect of making audio recordings of referees and VAR officials public is certainly another step in that vein.

Referee Designator Gianluca Rocchi spoke on recent VAR usage as well as about the direct role of the main referee on the pitch during the match:

“We are trying to improve various aspects. We have taken on a tactician to better understand football and we are working on football running, on preparation applied to the flow of the game. Var? It’s a great tool but the referee on the pitch must be consistent in his decisions, balanced, linear. If that doesn’t happen, VAR can become an… enemy.”

He was then asked if it would be possible in the future to listen to the voice memos between the main match official and the Video Assistant Referee room:

“It will happen soon, because we don’t have any secrets, it is important to understand how communication takes place and when. We keep all the discussions between referees as they are useful to us too. We could soon make them public to remove any doubt about their intellectual honesty. Maybe there could be slight mistakes, but this would show everyone the good faith of the referees.”

Then he went on to develop the topic, gradually answering leading questions:

“The VAR call by the coaches? We’re not against it but we need to see how convinced the coaches are. It would require a few steps first.The actual time? I think the internationals are thinking about it. Also, there were fifty-six penalties in 12 league games – it is undeniable that it has helped see fouls that were otherwise impossible to notice.. First of all we need the quality of the referees and, in our generational change that we are carrying out, there are good youngsters and talents. To do that you need to be prepared. We are gradually taking steps towards improvement.”

Don`t miss out 💥:  Cristiano Ronaldo is keen to see Zinedine Zidane as Manchester United’s next gaffer