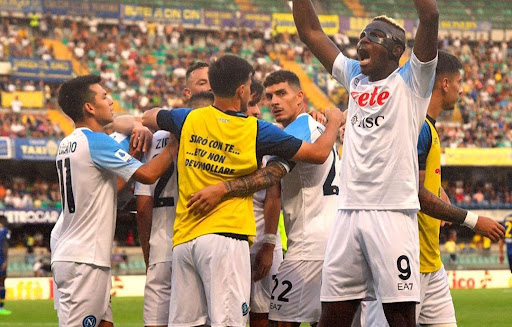 Napoli prolonged their stay on the top!

The action of the Serie A 2022-23 season has now reached its peak as every participating Italian outfit is now lighting up the stage with their glittering performance. We experienced an aggressive approach from every club as the top half sides are aiming to continue their triumphant run while the latter half clubs are eager to stage a bounce-back.

Hence, ‘Parimatch News‘ brings you a detailed roundup overview of all Serie A fixtures of the Gameweek.

The third Serie A matchday opened with the Udinese side registering their first win of the 2021-22 campaign. The deadlock was broken by the hosts after a 32nd-minute strike from the 23-year-old Italian midfielder Andrea Colpani however, the lead could not last long.

The Friulians equalled the scoreline just four minutes after conceding one and then the Tottenham Hotspur loanee Destiny Udogie struck the winning goal for the visitor who returned to Dacia Arena bagging all three points. 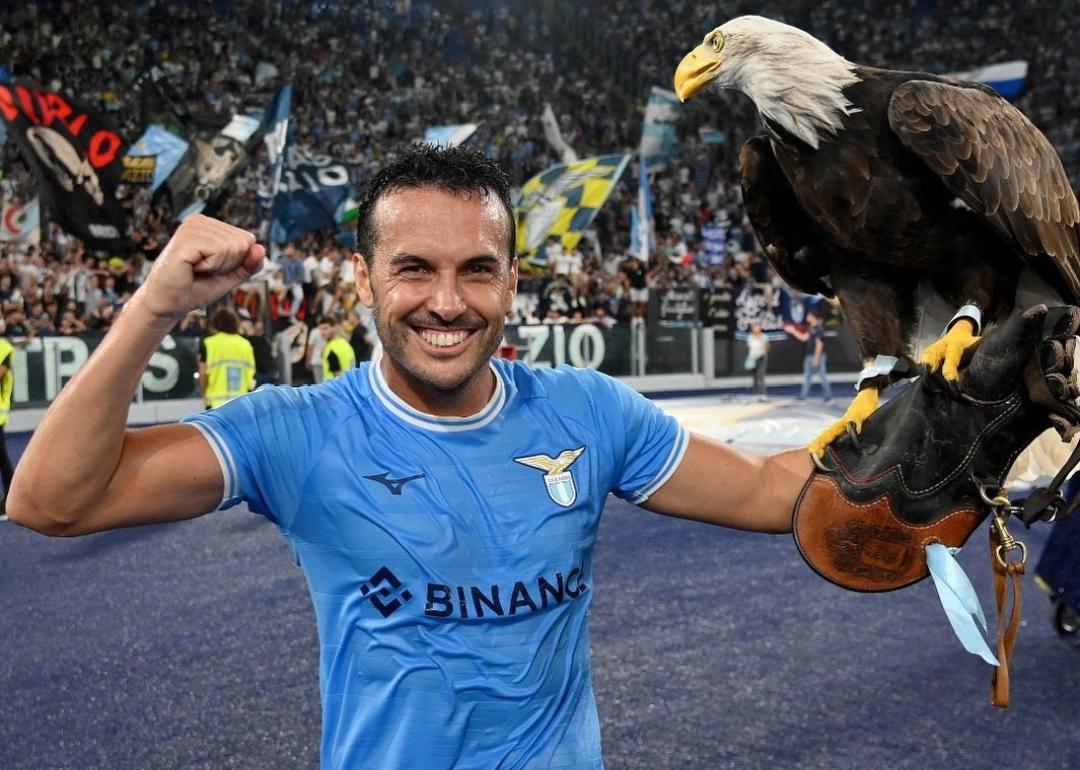 Lazio extended their triumphant run at Stadio Olimpico by trampling down the challenge of the runners-up of the previous season. The Italian Capital-based outfit handed over the season’s first defeat to the Nerazzurri side.

The gaffer Maurizio Sarri and his Sky Blue boys seem unstoppable at the home venue after losing only one of their last eight fixtures at Stadio Olimpico.

The home team was leading the scoreline by 1-0 at the half-time whistle after the opening goal from Brazilian forward Felipe Anderson. Inter’s star forward Lautaro Martinez managed to score the equalizer but the Milan Blues couldn’t continue forward with the momentum set by the Argentinian. The scoreline remained 1-1 until Luis Alberto’s 75th-minute goal which put the Biancocelestis in the driving seat and then the following goal by the substitute Pedro secured the crucial three points.

The second-day action of Serie A matchday three began with the two Italian giants squaring off at the beautiful arena of Juventus Stadium. Where the visitors from the Italian capital forced the home team to share match-points and consummated the play on a 1-1 settlement. It was a consecutive drawn fixture for the Bianconeri side as they also played a goalless encounter with Sampdoria on the previous matchday.

Juventus took the driving seat very early in the game after a stunning free-kick from the Serbian Dusan Vlahovic when the clock just ticked the second minute. The White and Blacks once again made an attempt to get on the scoresheet through a phenomenal strike however, it was disallowed due to Vlahovic’s earlier handball. The reply from the Giallorossi side came in the 69th minute when the English striker Tammy Abraham netted an equalising header.

Torino extended their unbeaten run after registering a consecutive away victory by thrashing the home team Cremonese at Giovanni Zini Stadium. The Croatian playmaker Nikola Vlasic’s 17th-minute strike opened the scoreline while the following goal by the Serbian winger Nemanja Radonjic in the 65th minute doubled it. The 25-year-old left-back Leonardo Sernicola who came on as a substitute was the only goal-scorer from the Grigiorossi side.

A high-scoring saga at Stadio Alberto Picco where the visitors from Sassuolo forced the Spezia side to share match-points on the home turf for the first time this season. The first-half action witnessed three goals being scored inside 45 minutes, two from Spezia (Simone Bastoni 30′ & M’Bala Nzola 45′) and one from Sassuolo (Davide Frattesi 27′).

The Neroverdi side managed to equalise the scorelines in the second half but couldn’t get the breakthrough goal despite having a numbers advantage for the final nine minutes.

After playing a frustrating 1-1 encounter with Atalanta BC on the previous matchday, the defending champions of the Italian top-flight league are back on the winning ways. The opening goal for the Rossoneri side was scored by the 23-year-old Portuguese winger Rafael Leao in the 21st minute of the play.

Leao once again made a goal contribution for the Milan Reds as he went on to assist Oliver Giroud for the second goal of the game to outclass the Bolognese opponent.

A hard-fought away victory for Atalanta which was able to extend their unbeaten run for yet another matchday. It was a neck-to-neck battle between the home side and the Nerazzurri at Marcantonio Bentegodi Stadium where the visitors outscored Hellas Verona in the shot-on-target aspect by releasing seven attempts on the opponent’s goal. A 50th-minute strike from the Dutch midfielder Teun Koopmeiners snatched the three points away from the paws of the Mastiffs.

Salernitana registered their first win of the 2021-22 Serie A season by thrashing the Sampdoria side in a home fixture at Stadio Arechi. Boulaye Dia (7′), Federico Bonazzoli (16′), Tonny Vilhena (55′) and Erik Bothein (76′) got their names on the scoresheet for the Garnets. It was the first time in the 21st century when the Salerno-based club ended up on the winning side by scoring four or more goals in a Serie A fixture.

It was intense combat between the two clubs who were searching for their season’s first victory however, their hunt will continue. Both of them got a solitary breakthrough in the first half to make it 1-1 through the goals of Fabiano Parisi (22′) and Gabriel Strefezza (40′) on the half-time whistle at the Stadio Comunale Via del Mare. The second-half action remained goalless as the encounter consummated on a neutral scoreline.

The final fixture of the matchday ended in a match-points settlement between the two Serie A giants at Stadio Artemio Franchi. Napoli failed to strike a hat-trick of victories in the first three Serie A fixtures after playing a goalless draw with the Fiorentina side. The Napoli offense unit which scored a whopping total of nine goals in the first two games could not score past the Viola goalkeeper Pierluigi Gollini even once throughout the match.

It was the first time since October 2021 when the Naples outfit played a goalless game at the Italian top-flight football league. The game didn’t have a much bigger impact on the current Scudetto standings as the Parthenopeans retained their pole position. The Florence-based club’s next home fixture will be on the 3rd of November when they will be hosting the giants Juventus on their home turf.